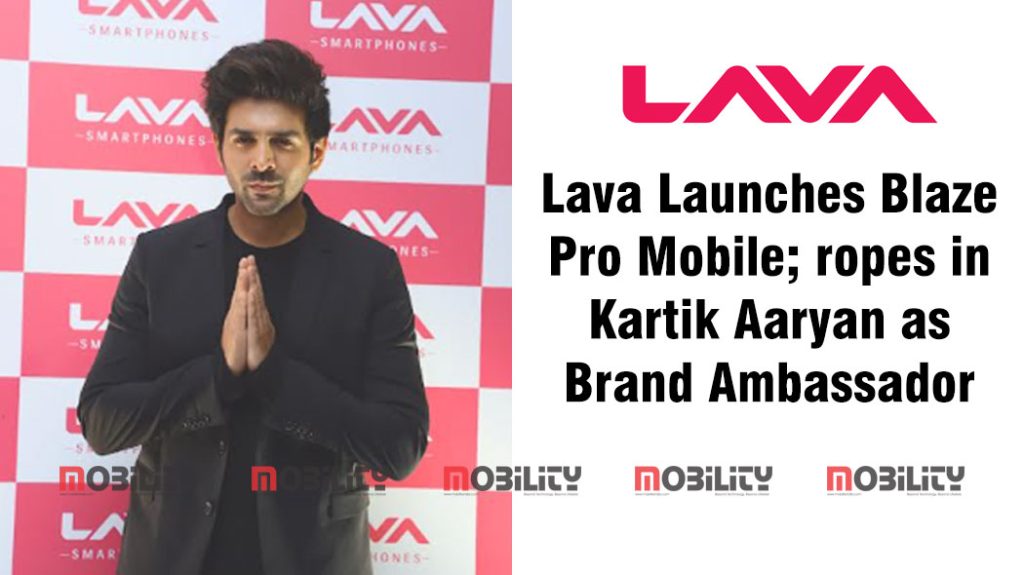 Lava has expanded its smartphone series in India with the launch of the Lava Blaze Pro today and recently roped in Kartik Aaryan as its brand Ambassador.

The Lava Blaze Pro is tipped to sport a triple rear camera setup with a 50 MP primary sensor on the rear and will feature a 6x zoom feature. The official poster released by the company also teases a new camera module. The smartphone is said to come in four colour variants—green, orange, blue, and white. The Lava Blaze Pro is expected to feature a 6.5-inch HD+ display panel.

Lava Mobiles is a pro gaming model that will soon arrive on Amazon. The star shared the post with the caption, “# proudly Indian Coming Soon.” It is going to be an exciting and thrilling experience for gamers and fans.

Kartik Aaryan, the actor, is known for his entertaining acting skills. The star knows how to stun the audience with his powerful skills. People love him for his versatile performances in films that leave the fans and audience in awe of him.

Mr. Sunil Raina, President of Lava International, says, “We have built a huge infrastructure so that you can get the devices on to you on a daily basis. The Lava Blaze Pro is the best aesthetic mobile phone in the category. It’s a statement for the young Indians who want to use a great smartphone. “

Mr. Kartik Aaryan says, ” I am so proud to be associated with Lava. It’s a home-grown brand which I am extremely proud of. I am really excited to be a part of the LAVA family. “