The A7000 is following on from the Lenovo A6000 which was a smash hit device  in the Indian market. The A7000 first unveiled at Mobile World Congress this year.

Dolby Atmos is the company’s latest big surround sound tech. Forget boring old stereo, hearing things panning from left to right, or even sounds popping up behind you – that’s child’s play. Listening through the A7000, Dolby Atmos lets you hear the direction and height of noises. 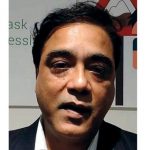 Sudhin Mathur, Director- Smartphones, Lenovo India. “The A7000 brings in flagship worthy features and performance at an incredible price making it a perfect choice for consumers looking for a trendy and powerful phone loaded with future-proof features.”

Priced at Rs. 8,999.the A7000 comes with one very strong feature to help it stand out from the mid-range crowd.

According to Lenovo, the company sold 30,000 units in mere 4 seconds