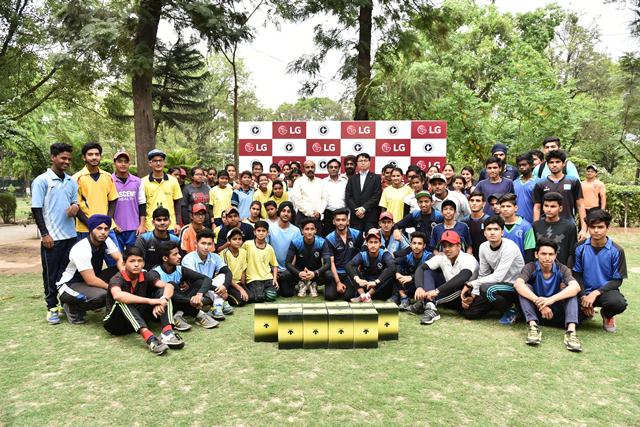 LG has been a driving force in promotion of this lesser known game – baseball in the country.  Globally LG has partnered with the World Baseball Softball Confederation (WBSC) to introduce the women’s baseball on a multi-sport platform. LG is the official title sponsor of the WBSC Women’s Baseball World Cup 2016. The 7th edition of the flagship women’s baseball competition to be held in Gijang County, Busan, South Korea from 3-11 September, 2016. The LG Cup aims to be a successful international event that can be replicated in years to come. The event aims to enhance friendship among the participants and moreover among the participating countries. Since women’s baseball is not so popular around the globe, the tournament aims to spread awareness for the game among women.

On this occasion, Mr. Hyosun Choi, Senior General Manager (Marketing) LG Electronics India, said, “We take pride in being associated with the Indian Baseball Team. LG aspires to contribute to the promotion of the Baseball game. For any game to flourish and popularize in a country, it should make an impact from grass root level. It is exciting to see these young budding players associated with such a renowned global game. The Indian Baseball Team comprises of young players who have been chosen after a rigorous process from across the country and we are very sure they will do their best to make India proud.”

Dr. SudhirMohindru, Secretary General, Amateur Baseball Federation of India further added, “We are very happy that LG Electronics has come forward to support this game and they are empowering the players by meeting their fundamental requirements like sports kits which will help them in preparing for big tournaments like Women World Cup and Robur’58 Series. We hope that this support continues and baseball can emerge as one of the prominent sports in coming times.”