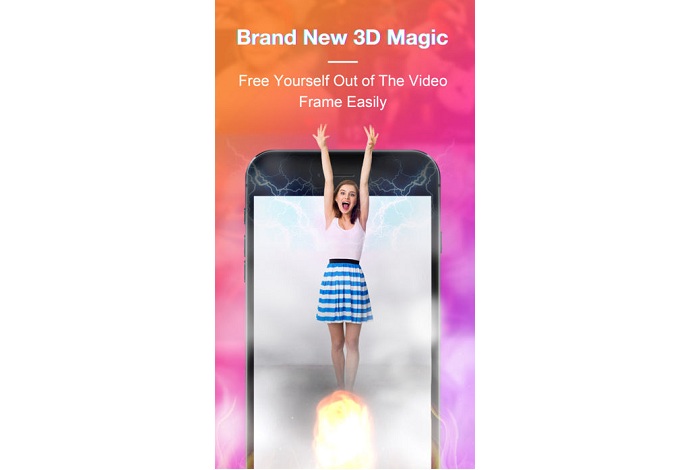 A video editing app featuring out of the world 3D effects, sounds like a dream realized for many enthusiasts. LIKE app has stirred the video editing app segment by becoming the first app of digital India with inbuilt Sci-Fi 3D Magic Effects. The idea of LIKE app has clicked with over one million users in the first week of its launch itself. Apart from millions of talented and creative users, LIKE app has caught the fancy of well-known celebrities and they have already casted a thunder-bolt on social media sites like Instagram, Twitter and Facebook with their innovatively entertaining videos of 3D visual effects. Sci-Fi 3D Magic effects can easily produce visuals like vanishing and reappearing, zooming or flying out of the frame, rendering effects without even being present in the frame and many more. These effects boost the entertainment quotient of the video editing experience as well as becomes a visual delight for the viewers. This is the reason that several celebrities are using it actively to one-up their image of a performer. Not only this, the app users are being given opportunity to dance or perform to meet their creative challenges on the app.

Till now, cinema lovers have been enchanted by 3D effects in multiplexes wearing 3D glasses but creating one’s own flick which requires no glasses and indulging in spell-binding 3D magic in an app is the new way of showcasing talent. With several video editing apps swarming the internet, app with Sci-Fi 3D Magic effects has already paved its way through users’ hearts. Being the need of the hour to aid talented performance, this feature is a must in video editing apps and tools.

India has an ocean of unrealized talent which is waiting to be unleashed and LIKE app prove to be a  digital threshold for the hidden or forgotten performer in them along with Sci-Fi 3D Magic visual effects. Mr. Aaron Wei, Spokesperson LIKE recently said, “3D effects have moved their generic destination from heavy machines to your android smart phone. The tedious time-consuming process has been reduced to a few clicks and your Sci-Fi magic is neatly created within minutes.”

As per the company, this live-streaming video editing app adapts to 10 different languages – English, Hindi, Tamil, Bengali, Kannada, Malayalam, Gujarati, Marathi, Telugu and Punjabi. It has been upgraded to high performance client architecture to guarantee smooth user experience even on low end mobile phones. LIKE app measures roughly 50-60 mg in size and has a couple of sharing options for users to share their videos online. This app is a product of the live streaming app company BIGO LIVE, which has also introduced BIGO LIVE app. “LIKE has added an extra zing of entertainment to the way visual effects are rendered. It has magically fitted its antics to suit your smartphone, take less time, and produce fabulous visual treats effortlessly.” Mr. Aaron added. LIKE app is available for download on iOS and Google Play Store.

The company says that the team has built an entertaining online community for the talented users. Its goal is to make biggest online video community in India where all the talented people, especially, the youth can create and share awe-inspiring content. For now, this app looks promising enough to climb up the ladder in innovative entertainment segment of video editing apps and community linked up together.