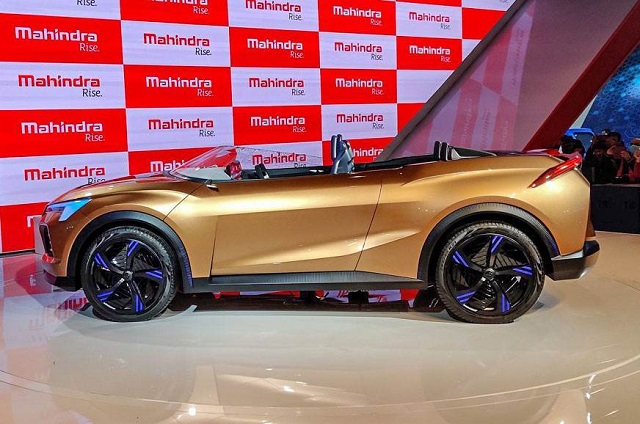 Mahindra & Mahindra is working on the launch of two new electric SUVs for India, based on the brand’s upcoming Born EV platform.  Last month, Mahindra & Mahindra had announced its ambitious ‘Born EV’ platform, a dedicated electric car architecture for its future e-SUVs. These two new EVs – codenamed Born EV1 and Born EV2  are developed on this new platform, both of which are expected to launch in India in 2025-2026.

These new EVs will be built from the ground up and won’t be based on any existing petrol/diesel-powered cars. With such EV-specific architecture, the manufacturer would be able to better optimise the electric vehicles for interior space, performance, handling, efficiency, etc. Work on the Born EV platform is underway at the Electric Vehicle Tech Centre, at Mahindra North American Technical Centre in Detroit, USA, in collaboration with Mahindra Research Valley in Chennai, India. This includes product development strategies for Born-based electric vehicles. We expect the soon-to-be-operational Mahindra Advanced Design Europe (MADE) to contribute to the design, giving these vehicles a global appeal.

According to the company’s spokesperson, the company has planned an investment of Rs. 17,000 crore in its different verticals over the next three years, out of which Rs. 3,000 crore will be dedicated for the development of electric vehicles. Mahindra has yet few other electric vehicles in pipeline.

We expect these upcoming non-Born EVs to utilise the manufacturer’s MESMA platform. These new vehicles are all part of Mahindra’s upcoming lineup of nine all-new products for the Indian market. The XUV700 will hit the market in October this year, while the rest will arrive after 2024. Other than that, the eKUV100 and eXUV300 (current-gen based) are also expected to launch soon, likely during next year.