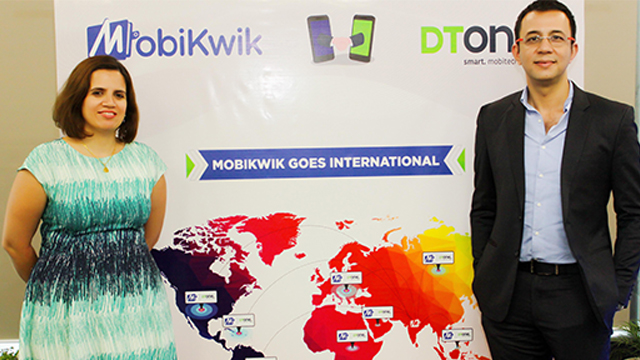 MobiKwik announced partnership with DT One according to which MobiKwik will offer mobile recharge in 150+ countries across more than 550 mobile operators. The announcement not only signals MobiKwik’s foray into international markets but is the first of its kind for any Indian digital payments player.

The ‘International Recharge’ service on MobiKwik app is currently live across 150+ countries in the Middle East, Asia Pacific, Europe, Africa, United States, Latin America and Carribean enabling users to seamlessly recharge a mobile number across DT One’s global network of over 550 operators. For DT One, this is the first time that mobile recharge will be originated out of India via their network, rather than to India.

India is one of the world’s top destinations for international migrants. According to data from Pew Research Center for 2015, nearly 5.2 million immigrants live in India, making it the 12th-largest immigrant population in the world. The overwhelming majority of India’s immigrants are from neighbouring countries such as Bangladesh (3.2 million), Nepal (540,000) and Sri Lanka (160,000). More and more foreigners are making India their home for education, work and business opportunities. These immigrants, based in India will now be able to recharge the mobile phone for their family, friends and loved ones directly in real-time via MobiKwik app.

An estimated 17 million Indians were living abroad in 2017, making India the largest source country for international migrants globally, according to an IndiaSpend analysis of data from the United Nations Department of Economic Affairs. As per Ministry of External Affairs data, 752,725 Indian students went to study abroad in 90 countries including the US, Australia, Canada, UK, UAE in 2018. This number has been growing steadily over the years at 15-20%. The families of these students will find it easy to recharge their mobile phones for the duration of their stay abroad.

Commenting on the partnership, Ms Upasana Taku, Co-founder, MobiKwik, said “This new feature will enable millions – immigrants in India from across the globe, students studying abroad and even frequent travellers the power of connectivity at their finger tips via the new feature on the MobiKwik app. With this powerful collaboration with DT One, we promise to deliver at a greater scale to our customers.”

“Our goal is to make digital communications more available and accessible to everyone, helping tokeep more people better connected so they are able to do the things that matter to them the most, online,” said DT One EVP of APAC, Krishnadeep Baruah.