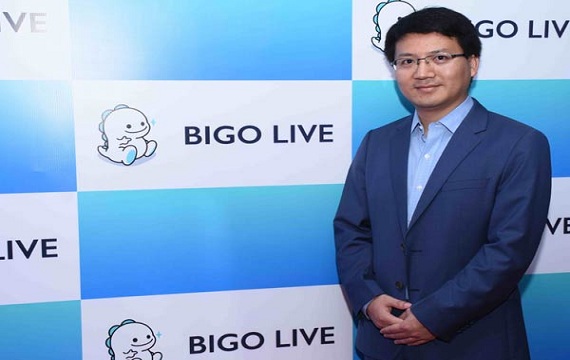 In a bid to capture India’s fast-increasing mobile Internet user base, BIGO LIVE, a mobile broadcasting app, organized its first-ever broadcasters meet-up in India recently. BIGO LIVE, through real-time interaction and video streaming, allows users to live broadcast their talent and connect with their fans and other talented broadcasters as well as follow interesting broadcasters. The company also announced the introduction of VLOG, a Video recording feature on its app at the India meet-up in Delhi.  BIGO LIVE boasts of over 100 mn registered users globally.

BIGO allows users to watch live broadcasting anytime, anywhere and engage with the audience via live sessions. The platform gives a chance to live stream the performances, broadcast what you are good at and let people enjoy based on the core values of integrity, innovation, proactiveness and openness. The company plans to build a stage for dreamers to pursue their dreams, for people to make friends at home and abroad; and to build a platform where hobbies are aligned with careers, to record and share interesting moments with friends.

Talking on his maiden visit to India, Eric Liu, Senior Director, BIGO Technology Pte Ltd said, “We aim to build a BIGO community in the world by providing a platform for the young & fashion conscious to come together and share their interests. BIGO LIVE has attracted millions of social media-savvy millennials across the globe since its launch in March 2016. We already have strong presence in countries like Vietnam, Indonesia, Thailand, Russia, Middle East, Malaysia, America and we aspire to reach out to more countries in future. We are confident that our app will be able to capture the imagination of the young and trendy in India as well.”

India’s Famous and most awarded Radio Jockey Khurafati Nitin was also present at the event as the Guest of Honor for the evening. In his speech Khurafati Nitin said, “There is a lot of potential in the Bigo Live app and I foresee it to be one of the prominent emerging social networking and internet platforms in the future.” “BIGO Live is fun, entertaining and keeps me hooked. I already have few favorites on the app and am myself planning to start going live soon on BIGO Live,” he added.

The very first meet up of BIGO LIVE got 100+ Broadcasters, Internet sensation and new age media’s presence at the venue. Some BIGO broadcasters travelled ten hoursto participate in the very first BIGOLLYWOOD NIGHT. Opening his heart out one of the broadcaster. Vibhu, a lawyer by profession stated”Bigo Live has provided me with a platform to showcase my talent to the world and I enjoy broadcasting for more than three hours every day on Bigo Live.”

Another broadcaster duo of siblings Gaurav and Twinkle shared, “We have been addicted to the Bigo Live app and enjoy showcasing our singing talent on this wonderful platform. Despite being from a small town in Himachal we are now able to connect and showcase our talent to the entire world.”

Broadcasters can earn virtual gifts and bonus points that can be exchanged for rewards on the app. Bigo Live enables you to engage in Real-time Interaction via Mobile streaming with your audience and chat with your favorite broadcasters while you are watching Live broadcastings anytime and anywhere