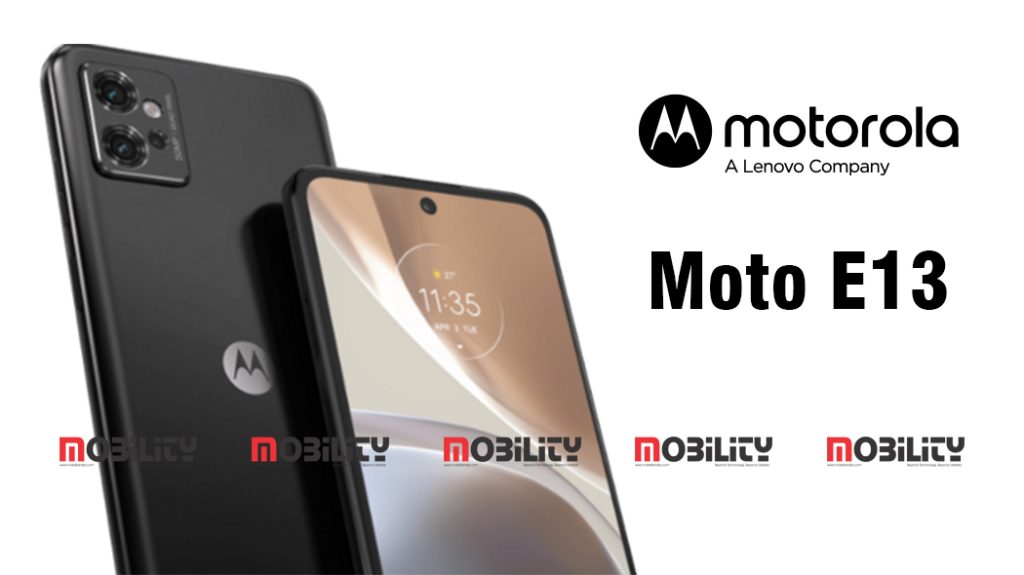 Motorola’s Moto E13 smartphone has reportedly been the subject of a render leak that appears to hint at the basic design and camera details of the upcoming entry-level smartphone. The smartphone, which was previously hinted to be powered by a Unisoc T606 SoC while running on Android 13 out of the box, has now been seen in a beige offering that sports a curved rear panel. Meanwhile, in terms of the camera, the rear setup appears to be made of a single camera sensor.

The alleged upcoming Moto E13 entry-level smartphone device has been spotted in an alleged official render with a beige colored plastic frame. The back, which is apparently curved in shape, houses a single camera module above a slot for an LED flash within a second cutout. Motorola’s traditional batwing logo can be seen in the center of the back panel.

In terms of connectivity, the phone appears to have a USB Type-C port at the bottom, along with a speaker grill and cutout microphone. The render seems to suggest that the Moto E13 will sport a fairly flat frame that houses the power and volume buttons on its right side.

The Moto E13’s display appears to have a waterdrop notch design with bezels that are narrow around the screen but seem to become very thick at the chin of the alleged smartphone.