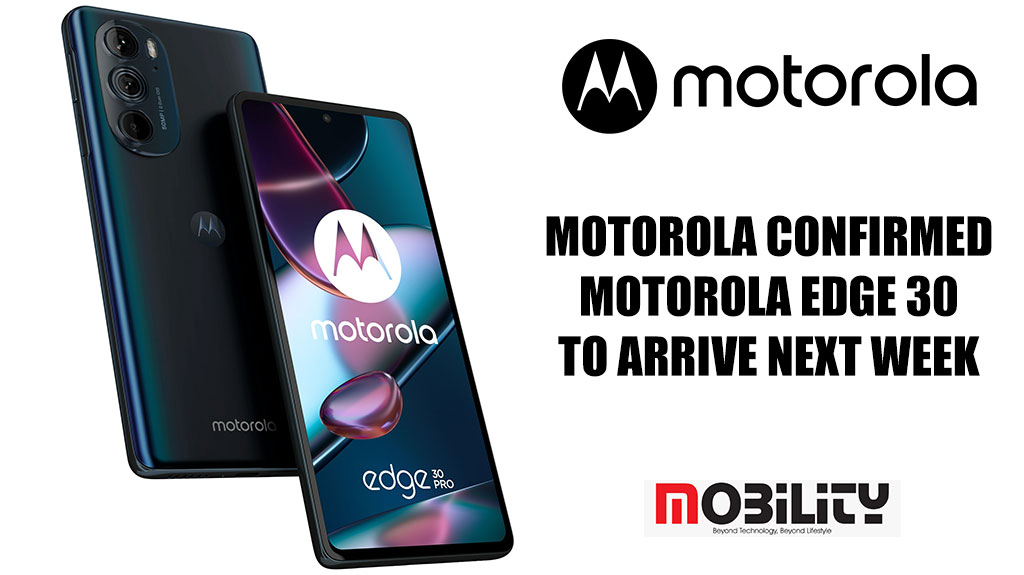 Motorola has confirmed that the recently launched Edge 30 would be arriving in India next week. The Moto Edge 30 was unveiled in European markets last week. This is the second smartphone in the Edge series to launch in India in 2022, following the arrival of the Motorola Edge 30 Pro, which was the first smartphone to adopt the Snapdragon 8 Gen 1 chip in the country.

The Moto Edge 30 India launch is set to take place on May 12. Motorola confirmed the launch of the vanilla Edge 30 through its social media channels, while a microsite for the phone has already gone live on Flipkart. This also suggests that the Moto Edge 30 will be sold exclusively through Flipkart after its launch in India.

The Motorola Edge 30 is powered by the Snapdragon 778G+ SoC paired with 8GB of RAM and up to 256GB of storage. The Edge 30 runs Android 12 with MyUX on top. The handset packs a 4,000 mAh battery that supports 33W TurboPower fast charging support.