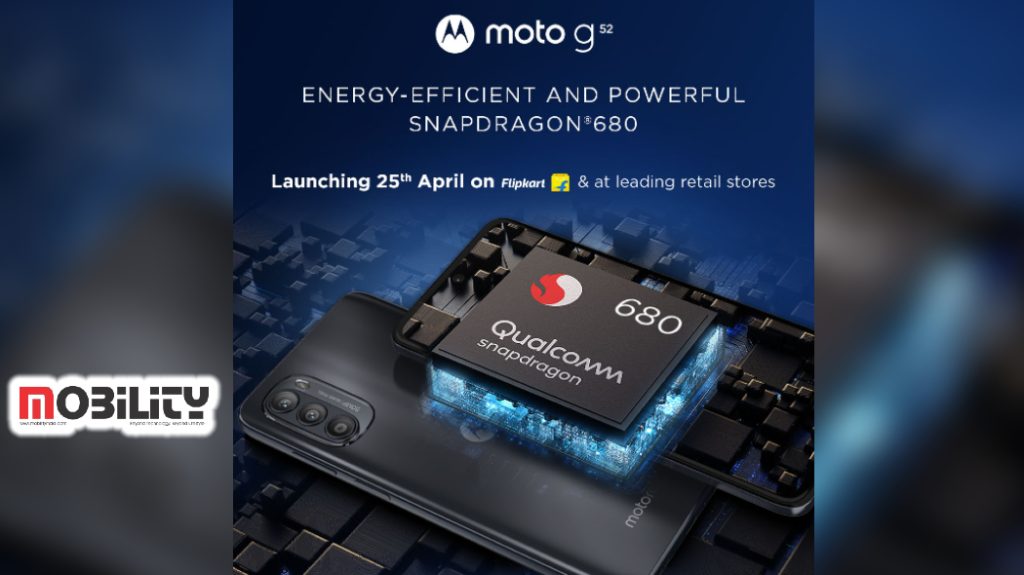 Motorola launched the Moto G52 smartphone in India today. The Moto G52 is not essentially a new phone as it was launched in Europe recently. That means the specifications and the price of this Motorola phone are out in the open. The highlighted specifications of the Moto G52 include an OLED display, a Qualcomm chipset, and an IP-rated body that ensures its waterproofing capabilities.

Specifications-wise, the Moto G52 comes across as a budget phone.

It has a 6.6-inch Full-HD OLED display with a refresh rate of 90Hz. In the centre of the top part, there is a punch-hole, inside which is a 16-megapixel selfie camera. The phone is powered by an octa-core Qualcomm Snapdragon 680 SoC, paired with up to 6GB of RAM and 256GB of internal storage. The Moto G52 carries a 5000mAh battery with 30W fast charging. The smartphone runs Android 12 with the company’s MyUX skin on top. The Moto G52 has a side-mounted fingerprint scanner and stereo speakers with Dolby Atmos support. The Moto G52 has a 50-megapixel main camera on the back. It is accompanied by an 8-megapixel ultrawide camera and a 2-megapixel depth-sensing camera. The phone also has a 3.5mm audio jack.