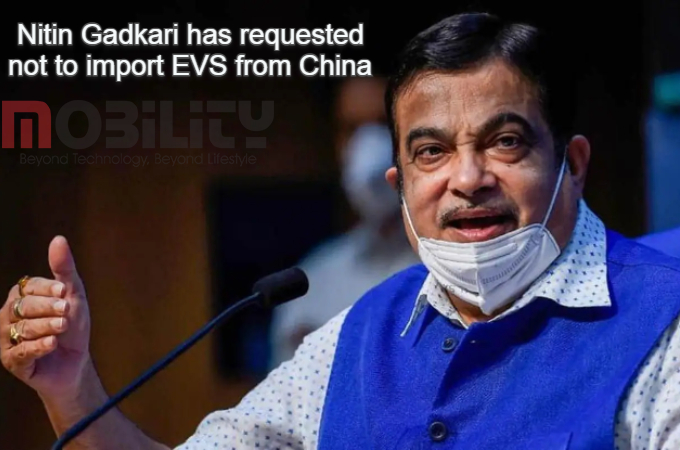 Nitin Gadkari has requested not to import EVS from China

Union minister Nitin Gadkari requested the US-based Tesla several times to manufacture its iconic electric vehicles in India while assuring that all support will be provided by the government to the company.

It has been stated that these changes would boost the development of the Indian EV ecosystem, and the company will make significant direct investments in sales, service, and charging infrastructure; and significantly increase procurement from India for its global operations.

The company has argued that these proposals would not have any negative impact on the Indian automotive market as no Indian OEM currently produces a car (EV or ICE) with ex-factory price above $40,000 and only one to two percent of cars sold in India (EV or ICE) have ex-factory/customs value above $40,000.

Gadkari communicated that Tesla has a golden opportunity to set up its manufacturing facility in India given the country’s thrust on e-vehicles.

Last month, the heavy industries ministry had also asked Tesla to first start manufacturing its iconic electric vehicles in India before any tax concessions can be considered.