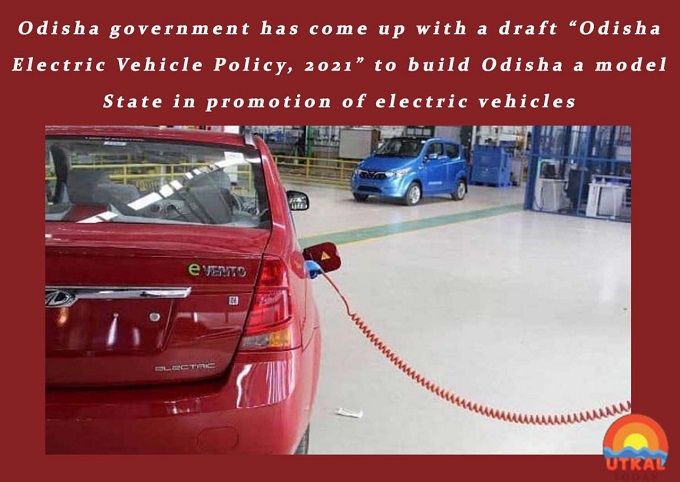 Besides, people buying electric vehicles for private use will get an interest subvention of 5 pc. it is found that two wheelers constitute nearly 82% of the total vehicle population of the State. Among the rest, Light Motor Vehicles constitute 7%, 3 wheelers 3.06%, Goods vehicles 2.86%, Tractors 2.28%, Trailers 1.78%, Others 0.94% and lastly Buses only 0.19%.

Basing on the techno-economic development in the EV sector, there is need to formulate a policy for promotion of Electric vehicles in Odisha to keep pace with other states of India, Government of Odisha envisages to build Odisha a model State in promotion of EVs through adoption, adaptation, research & development apart from facilitating growth in employment. Availability of Charging Infrastructure is the key element for adoption of Electric Vehicles.

Electric Vehicles batteries need to be replaced once they have degraded to operating at 70-80% of their capacities. EVs are therefore going to out live the batteries powering them with a vehicle requiring at least two batteries in a 10 year life span. Batteries that have reached their end of life shall have to be either reused or recycled. Lack of such facilities shall have a high environmental cost. The EV batteries carry a risk of extracting toxics gases if damaged during disposal. But the core materials such as lithium and cobalt are finite and very expensive to extract.