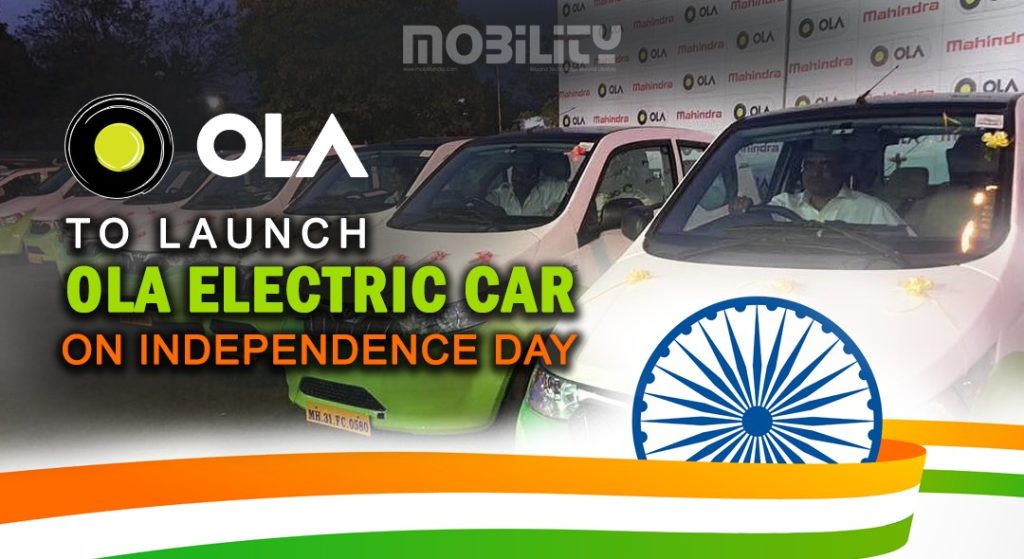 After launching the electric scooter on 15 August 2021, Ola is all set to foray into the four-wheeler EV space. The automaker will take the wraps off its first-ever electric four-wheeler next week on 15 August.

A few months back, Ola released the first teaser of the EV which appeared to be a sedan with futuristic exterior styling featuring double U-shaped headlamps and a horizontal stripe running across the width of the bonnet. With the fore and aft ‘Ola’ badge, the posterior featured split LED tail lamps adjoined by a connecting light bar. According to our sources, one of the key highlights of the electric sedan will be a claimed electric range of over 500km.

Ola Electric CEO, Bhavish Aggarwal through his social media platforms also announced that the upcoming Ola EV will be the sportiest car ever built in India. Ola’s first electric car is expected to be loaded with modern features and a host of latest technology.