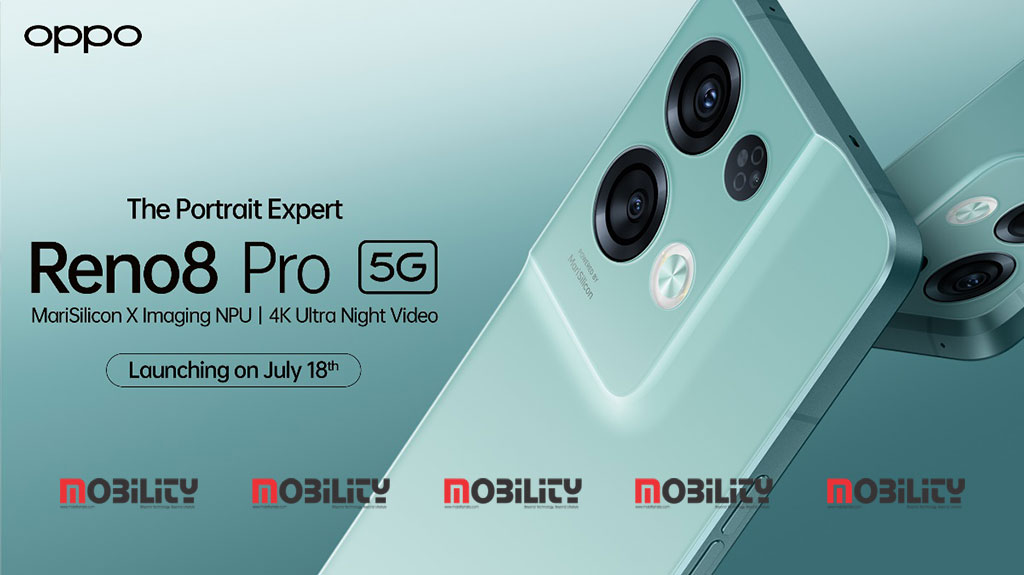 OPPO has constantly redefined design in its Reno smartphones. This time, it has adopted the Golden Ratio from Sacred Geometry as the philosophy for its Reno8 Pro.

For build durability, OPPO has used an aluminium frame, coupled with Gorilla Glass 5. Furthermore, the glass back has been heat-forged and moulded to create an ergonomically streamlined unibody that melds the camera module with the rest of the handset’s back. This new design is the outcome of over a hundred changes and 400+ days of effort.

The Golden Ratio (1:.618), which forms the basis of the Reno8 Pro’s design, is a mathematical proportion that is naturally pleasing to the eye. The ancient Greeks observed that it provided for aesthetically pleasing proportions when employed in architecture and art, a notion strengthened during the Renaissance era. The Golden Ratio occurs in the arrangement of the seeds in a sunflower, the petals of a rose, and even the spiral of the Nautilus shell. It is visible in the architecture of the Parthenon, the Great Pyramids and even the Taj Mahal.

Leonardo Da Vinci used it as a grid for his Mona Lisa, while Salvadore Dali applied it in The Sacrament of the Last Supper. OPPO’s designers used this very same proportion to section the rear camera module—both laterally and vertically—on the handset to create a similarly pleasing aesthetic.

For ergonomics, OPPO’s engineers observed how users hold their phones to create the streamlined unibody design for the Reno8 Pro. The entire back of the handset uses a single piece of glass that is heat-forged and pressure moulded to form the soft curves required for the camera module.

The process involved creating a graphite mould that was hand polished with three diamond sheets of different roughness to ensure smoothness. To remove the wrinkles caused by high-temperature forging and moulding around the camera module, OPPO employed eight nanometre-scale polishing processes to guarantee a surface fineness of 1-2 nanometres.

As a result, the Reno8 Pro sports a smooth 75-degree micro-arc transition between the camera module and the rest of the back that looks sleek and smooth. It is the slimmest Reno yet and tilts the scales at a mere 183gms.