Bluei showcases its product series in Dealer Meet at Bhatinda 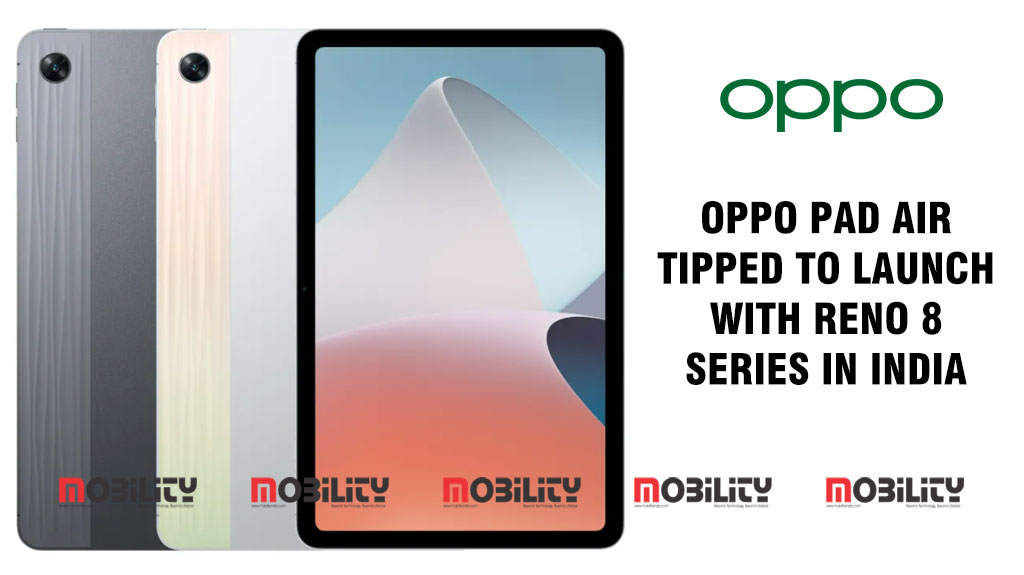 recently unveiled the OPPO Pad Air tablet in India. It is the second tablet from the brand after the 5G-ready OPPO Pad, which debuted with Snapdragon 870 earlier this year. According to a new report by 91mobiles, the OPPO Pad Air will be launching as early as June in India.

According to the publication, its source, Yogesh Brar, has revealed that OPPO is testing the OPPO Pad Air and Reno 8 series of smartphones in India. Previous reports have stated that the Reno 8 series will come out in the country by the middle of June.

The OPPO Pad Air is speculated to launch alongside the Reno 8 line-up. However, Brar has claimed that the Reno 8 line-up will debut by late June or early July in the country. Unfortunately, the report has no information on OPPO Pad Air’s configurations, colour options, and price for the Indian market.

The OPPO Pad Air has a 10.36-inch LCD panel that offers a resolution of 1200 x 2000 pixels. The device carries support for the OPPO Pencil stylus. It comes preinstalled with Android 12 OS and ColorOS 12 UI. It has a front camera of 5-megapixel, and its back panel has an 8-megapixel camera.

Bluei showcases its product series in Dealer Meet at Bhatinda