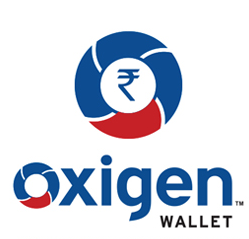 In a giant leap towards digital payments and cashless economy, the Reserve Bank of India (RBI) gave accent to Oxigen to setup Bharat Bill Payments Operating Unit (BBPOU). This comes under the Bharat Bill Payments Systems (BBPS) commissioned by the National Payment Corporation of India (NPCI); in order to disrupt the traditional cash based economy and mark a shift toward cashless payments, following in line with the global standards.

The principal approval by RBI allows Oxigen to connect with the central bill payments and settlement system of NPCI, also known as BBPS. Owing to Oxigen’s extensive 200,000 retail touch points located across the country, customers will now be able to avail digital bill payment services either by cash or wallet.

Pramod Saxena, CMD, Oxigen Services, said, “This is a significant moment for Oxigen, as our 150 million customers would now be able to access a much larger portfolio of billers. Oxigen will now further expand its reach with the use of BBPS platform, in addition to our current existing set of direct billers. Additionally, our customers have the ease of paying cash over the counter for these billers at our 2 lac retail outlets or using the Oxigen Wallet, in real time, pan India. We are glad that the government has shown faith in our services, to contribute towards a cashless economy.”