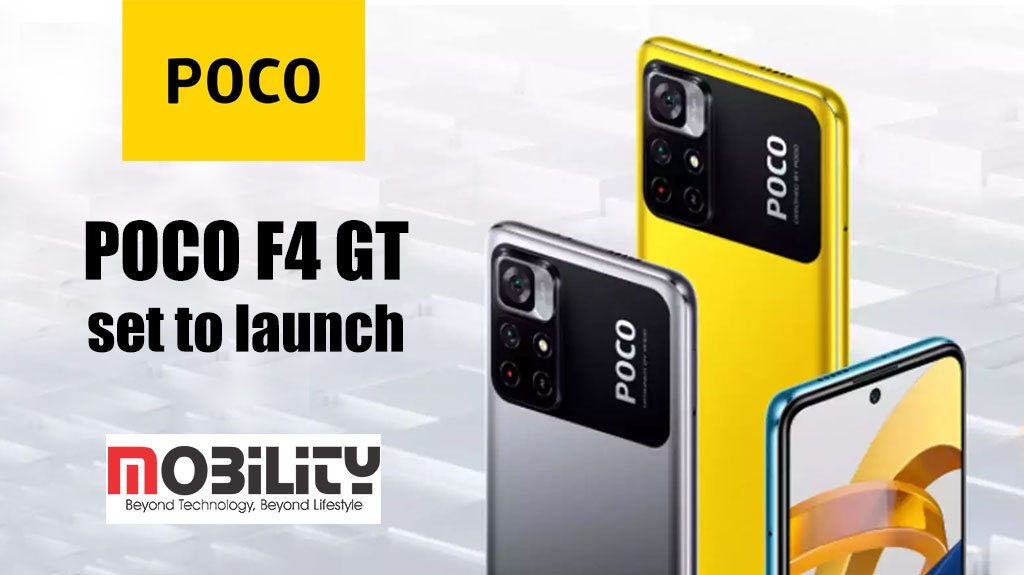 The Poco F4 GT is set to be announced on the 26th of April along with a host of other devices. As per a recent listing on Geekbench, Poco’s F4 GT in all likelihood is going to be a rebadged Redmi K50 Gaming.

However, if the specs and features are anything to go, it is the Poco F4 GT that you should be placing your bets on.

The Poco F4 GT will come with a 6.67-inch OLED display, with HRD10+,120Hz refresh rate and a 395 PP pixel density in a 20:9 aspect ratio. The display will have a centred punch-hole for the selfie camera, and a will feature Corning’s Gorilla Glass 5.

The F4 GT will feature a 4,750 mAh battery, which will likely be split into two units. This indicates that it will have superfast charging, probably with 70-80W fast charging, via a USB-C port.

The Poco F4 GT will be powered by a 4nm octa-core Qualcomm Snapdragon 8 Gen 1 processor. The CPU will have a single-core 3GHz Cortex X2, a triple-core 2.5GHz, tri-Core Cortex A710 and a quad-core Cortex A510 1.8GHz processor. As for the GPU, we will see an Adreno 730 unit.

The F4 GT pro will also have LPDDR5 8GB RAM. The basic device will have 128GB of storage. The higher-end variant will have 256GB storage and 12GB RAM.

The Poco F4 GT will come with a triple camera setup, with the primary shooter being a 64MP Sony IMX686 unit. The secondary camera is an 8MP unit, whereas the tertiary camera will have a 2MP resolution unit.