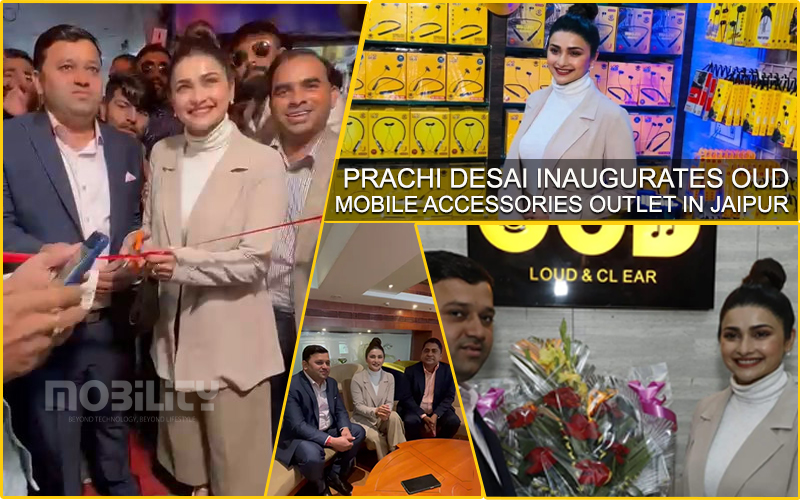 Prachi Desai is an Indian actress who works in Hindi films and television. She started her television career as the lead protagonist in the successful TV drama Kasam Se on Zee TV.

It was a very enjoyable moment for Prachi as she enjoys the winters in Pink city. Also, OUD mobile accessories are one of the leading companies in India and it was a pride for the company also to be associated with Prachi Desai at the inauguration.

As Prachi Desai says, “I love Jaipur and it is my honuor to be present at the inauguration ceremony of their Jaipur outlet of OUD accessories. The company has been very inspirational and has a wide range of products in chargers, air pods, earphones, neckbands, on-ear headphones, and wireless headphones. “

Speaking at the occasion, Mr.Arvind Singh Rathore OUD says, “It is a great honour for us as Prachi Desai has spared time from her busy schedule and participated in the inauguration ceremony. We are quite certain that this will definitely give a boost to the sales of the company. Prachi is well known for her acting skills and her style. Our products also are marked by quality and uniqueness of style which is in sync with Prachi.”