Prices of Electric Vehicles will be at par with the cost of petrol vehicles in the country within one year: Nitin Gadkari 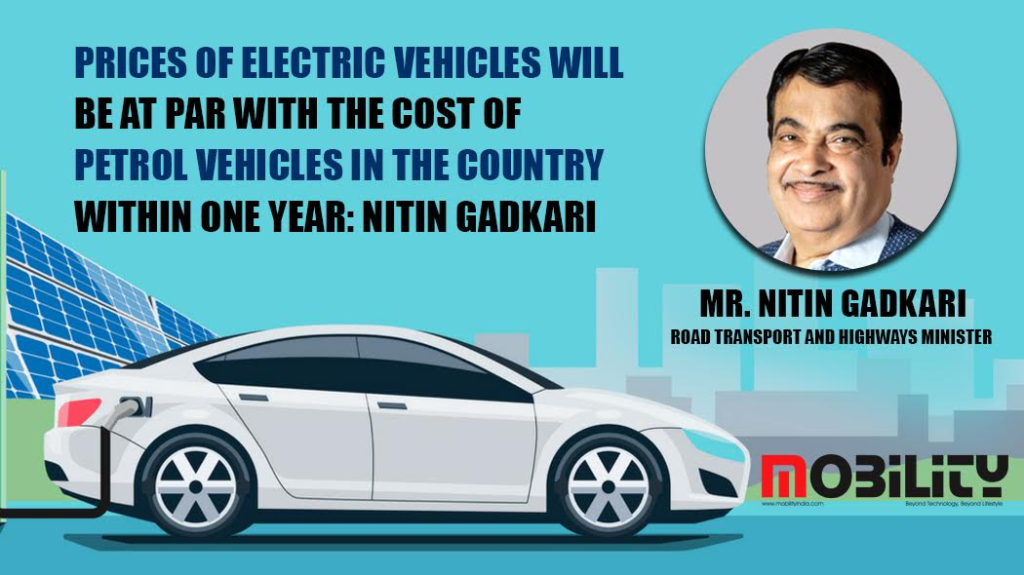 The prices of electric vehicles (EVs) will be on par with the cost of petrol vehicles in the country within one year, Road Transport and Highways Minister Nitin Gadkari said.

Gadkari further said the government is promoting ethanol produced from crop residue instead of petrol and diesel.

Currently, EVs are expensive due to the high cost of batteries, which account for anywhere between 35 per cent to 40 percent of the price of a vehicle, depending on the type. At present, in the passenger vehicles segment, an entry-level EV could cost almost two times that of a comparable conventional engine version.

In the two-wheelers segment too, the electric versions cost nearly 1.5 times the petrol-powered models. The minister further said the government is already promoting green fuels in a big way. Gadkari noted that waterways are a cheaper mode of transportation than roads and it is going to come up in a big way.