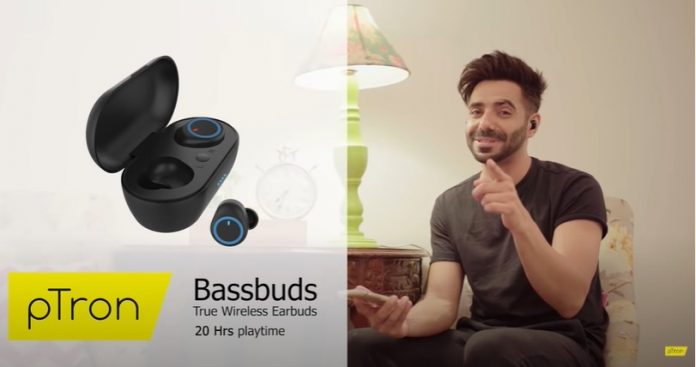 DigitalLifestyle and audio accessories brand pTron has recently released a new ad featuring Bollywood Actor, Aparshakti Khurana. The Actor is seen promoting pTron’s Bassbuds- the country’s largest selling Indian TWS product according to a research by Counterpoint, a Global Research Institute. The campaign is aimed towards inspiring each one to enthusiastically relish every single moment in life. Shot with a personal undertone, the actor is seen sporting the brand’s star product – Bassbuds while going about with his everyday life.

During the ad the actor also asks the audience the reason for which they would like to get a pTron Bassbuds and the select ones will get the Bassbuds TWS autographed by the actor. The ad campaign is live on YouTube & Social Media. The video ad released on pTron’s YouTube channel is inching towards half a million views within a short span and has attracted mass participation in the comments – with users hoping to win the coveted TWS (True Wireless Stereo) product.

Commenting on the ad campaign, Mr. Ameen Khwaja, Founder & CEO, pTron, said “We intend to fully leverage the synergy between the success of Bassbuds and the growing stardom of Aparshakti Khurana. We recognize the fast-developing market for audio devices in the country, so we’ve come up with the perfect blend of music experience, style and a face. Mr. Khurana appeals to the younger customers and we hope to make the best out of his growing presence”.

“When you need to pump yourself with energy before the jog, pTron earbuds are all you need. So tell me why you desire pTron’s earbuds and I’ll have the buds sent to you”, Aparshakti said during the advertisement.