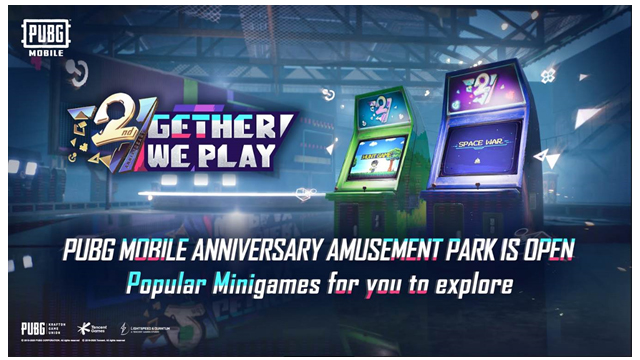 Minigames is PUBG MOBILE’s newest introduction with the 2nd anniversary update. The makers have given users an exciting new feature on the game to play vintage old games in exchange of earning rewards. PUBG MOBILE’s new Minigames addition will take players on a walk down memory lane. Back are those days when 90’s kids used to play games such as Space War and Hunt Game. The popular online multiplayer battle royale has now come up with Minigame zones on the map including three huge Amusement parks. Below is a list of tips users can follow to make the most out of these Mini games.

Tokens are Essential: Game tokens now are as important as ammo. Players can only play Mini games if they have tokens. Each time a user plays the game it will cost them one coin. Players can easily win tokens by completing missions. The introduction of Minigames has elevated the gaming experience as users now not only play a battle royale but also look forward to quick old vintage games.

Hunt Game & Space War Explained: A lot of you who would be playing these games two games after ages would want to know how to get maximum points out of this. Hunt Game is all about your shooting skills players have to control the crosshair to take down the birds flying on the TV screen, shooting these birds and crates will earn you points. A pro tip to turn conqueror is to wait for the bird to move closer to the crosshair instead of constantly tacking it down. Space War is a very user-friendly game as you have to destroy enemy ships and dodge bullets to earn points.

Guard and Play to Survive: A very important strategy players need to follow is guard and play. When you’re playing the Minigame the machine screen becomes your main screen and you cannot see what is happening around. It is very important for your team members to back you up and look out for any incoming threats while you’re playing and winning rewards for yourself and the team.

Playing is the new Loot: Gone are those days where players used to go from house to house and look for supplies. With the introduction of Mini games, players can now just stand at one place and keep using the token to play the game and earn supplies in the form of rewards. Users can earn scopes, ammo and much more while playing Minigames.