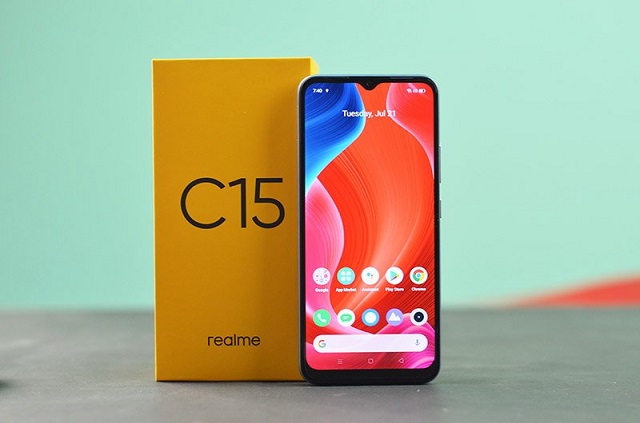 The world’s fastest-growing smartphone brand, realme, launched a new variant of its existing realme C15 – the realme C15 Qualcomm Edition, powered by the Qualcomm Snapdragon 460 processor. It also brings along the exciting features of the amazing realme C15.

Commenting on the launch, Nidhi Bhatia, Product Manager, realme India, said, “The realme C-series has been well received by our customers across the globe. We have already sold over 1.5 million units of our highly successful realme C series in India during realme festive days from 15th October to 21st October this year. Earlier this year, we redefined the realme C series keeping in mind the diversified requirement from entry-level smartphone users post-GST hike. We launched the realme C15 earlier this year in August and saw a tremendous response for it. To meet the growing demand from our customers and to offer our customers an exciting new product this festive season, we are now pleased to launch realme C15 Qualcomm Edition.”

The realme C15 Qualcomm Edition is equipped with a quad-camera that makes it stand out in its price segment. It features a 13MP Super clear main camera, 8MP Ultra-Wide-Angle Lens, 2MP B&W lens and 2MP Retro lens. The 8MP selfie camera captures crystal clear selfies and supports AI beautification function, HDR mode, portrait mode and a Panoselfie feature. The realme C15 Qualcomm Edition powered by Qualcomm Snapdragon 460 processor comes with an 18W fast charger, which can charge the smartphone from 0%-25% of 6000mAh in 30 minutes. It is available in two variants – 3GB+32GB priced at INR 9999 and 4GB+64GB priced at INR 10999. As an introductory festive offer, starting from 29th October onwards, 3GB+32GB variant will be available at INR 9499 and 4GB+64GB variant will be available at INR 10499. The realme C15 Qualcomm Edition will be up for sale on October 29th, from 12 P.M. on realme.com, Flipkart and mainline stores.