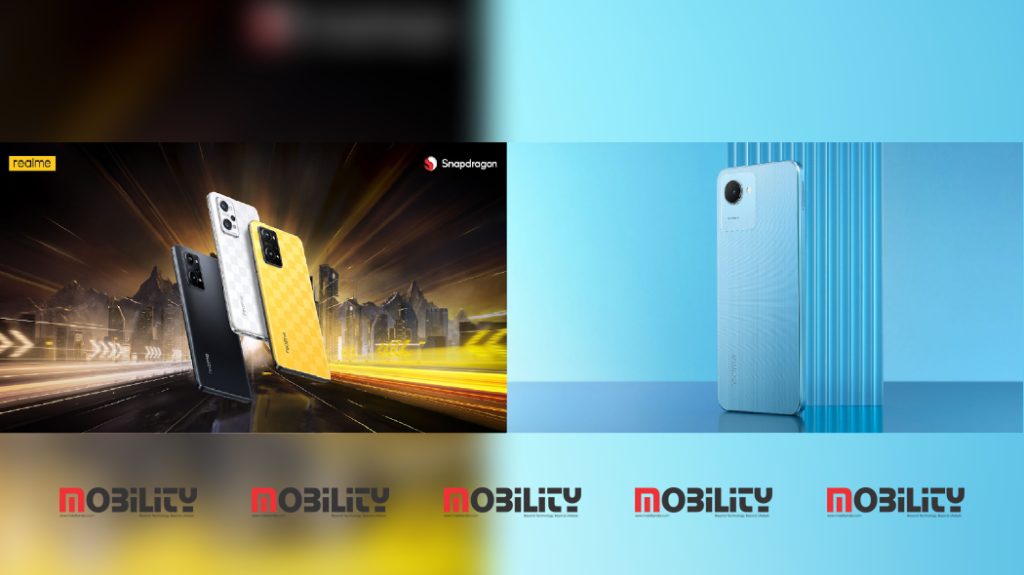 realme announced that its latest addition to the GT series, realme GT Neo 3T and newest addition to its most stylish C series family, the realme C30s which will go on sale starting September 23 at 00:00 hrs onwards on realme.com, Flipkart & mainline channels. Offering peak performance with an 80W SuperDart Charge, the realme GT NEO 3T  is one of the fastest-charging smartphones in its price segment coupled with the most reputed chipset in the industry, Qualcomm Snapdragon 870. It sports an exclusive racing flag design and reiterates realme’s efforts in bringing products with the best-in-class technology and trendy designs. realme C30s, the perfect combination of security and speed comes equipped with a massive 5000mAh battery capacity, and an anti-slip design that carries forward the iconic geometry of the realme C30 – the ridged texture on the realme C30s offers great ergonomics.

realme GT NEO 3T is one of the Fastest Charging smartphones in the price segment with 80W SuperDart charge technology. It houses a massive 5000 mAh battery which adopts a dual-cell series structure, enabling the battery to get charged to 50% capacity in just 12 minutes while reducing the decline in effective battery capacity and ensuring the phone’s longevity after long-term use. The realme GT NEO 3T is powered by the Qualcomm Snapdragon 870 5G flagship processor, which comes with Kryo 585 CPU and Adreno 650 GPU.  Ensuring faster internet access, the realme GT NEO 3T comes with 5G and WiFi 6 support. With the realme GT NEO 3T, realme has also come up with its largest stainless-steel VC for the very first time. It packs in a 120Hz E4 AMOLED display with a 92.6% screen-to-body ratio along with a design inspired by racing flags in motorsports, representing sprint and victory. The realme GT NEO 3T also houses a 64MP main camera, making pictures clearer and brighter along with a 16MP front camera with preset dramatic filter, super nightscape mode and street photography mode. It will also be receiving the Android 13 update in October 2022

realme GT NEO 3T will be available in three trendy colors – Dash White, Drifting Yellow and Shade Black, and will come in three storage variants – 6GB+128GB priced at INR 29,999, 8GB+128GB priced at INR 31,999, and 8GB+256GB priced at INR 33,999. realme GT NEO 3T will have offers up to INR 7,000 (inclusive of all offers) during its first sale making it the most affordable 80W charging enabled smartphone with Qualcomm Snapdragon 870. The first sale will start from 23rd September at 00:00 hrs onwards on realme.com, Flipkart & Mainline channels.

The realme C30s features a micro-texture anti-slip design, weighs a mere 182g and sports an ultra-sleek 8.5mm body, giving it a comfortable and solid in-hand feel. The smartphone also comes with a 6.5inch full-screen LCD display, providing an immersive viewing experience to the users. The screen-to-body ratio on the realme C30s is 88.7%, with its brightness peaking at 400 nits. Powered by a Unisoc SC9863A octa-core processor, the realme C30s provides its users with an extremely smooth operating experience. The massive 5000 mAh battery with Ultra-Save mode offers long-lasting hours of entertainment. The realme C30s is capable of unlocking your smartphone in a mere 0.58 sec and is well-equipped to secure your private information, providing an enhanced safety unlock method. The fingerprint recognition algorithm on the realme C30s is more powerful, ensuring higher accuracy even though the fingerprint sensing area is only 8mm*1.6mm. With the realme C30s, users get an 8MP AI rear camera through which they can capture their picture-perfect moments. It also houses a 5MP selfie camera to help you capture the best moments you spend with your loved ones.

realme C30s will be available in two smart colors – Stripe Blue and Stripe Black, and will come in two variants – 2GB+32GB priced at INR 7,499 and 4GB+64GB priced at INR 8,999. The realme C30s will have offers up to INR 1,250 (inclusive of all offers) during its first sale. The first sale will start from 23rd September at 00:00 hrs onwards on realme.com, Flipkart & Mainline channels.