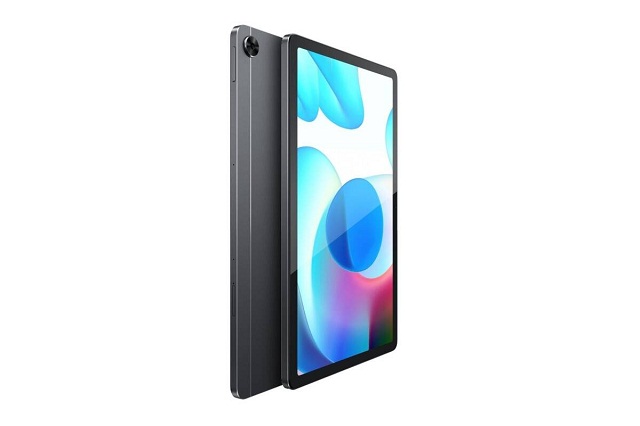 Realme has launched its first tablet, the Realme Pad, alongside the Realme 8i and the Realme 8s smartphones. The Realme Pad comes as the company’s first tablet offering that offers a slim and light design that measures just 6.9mm in thickness and weighs 440 grams. It is powered by a MediaTek processor.

The Realme Pad has been launched in two colour options – Real Grey and Real Gold. It comes with a 10.4-inch WUXGA+ display with a 2000×1200 resolution and a 82.5 percent screen-to-body ratio. The Realme Pad comes powered by a MediaTek Helio G80 processor with Mali-G52 GPU, paired with 4GB of RAM and 64GB of internal storage. It comes with a 7,100mAh battery that supports 18W fast charging. There is an 8-megapixel single camera on the back panel of the Realme Pad and an 8-megapixel camera on upfront. Apart from this, the Realme Pad comes with various features like support for Realme Smart Connect that allows users to connect the tablet with their IoT products, Reading Mode, and more.

The tablet has been priced at Rs 13,999 onwards for the bast 3GB RAM + 32GB storage Wi-Fi variant. The 4G variants are priced at Rs 15,999 for the 3GB RAM + 32GB storage model and Rs 17,999 for the 4GB RAM + 64GB storage variant. The Realme Pad will go on sale starting September 16 on Realme.com and Flipkart. HDFC Bank customers will get up to Rs 2,000 instant discount on using HDFC Bank credit and debit cards.