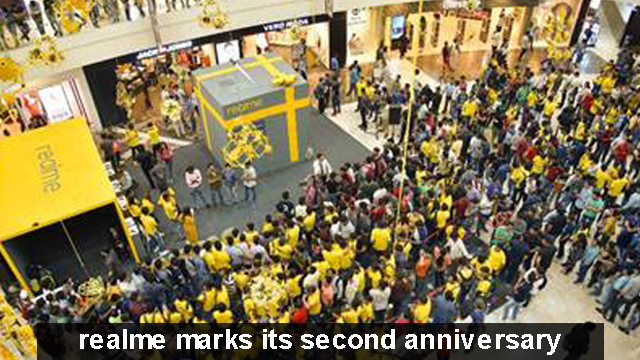 realme, the fastest growing smartphone brand, today marks its second anniversary and continues to grow as a reliable brand in India which specializes in providing high-quality smartphones with the best design and performance for its customers. realme owes its success to its customers and is excited to share that it is one of the most sought smartphone brands in the country.

As a young brand propelled by a “Dare to Leap” attitude, realme strives to provide a leap forward experience with its product and service which goes above its price segment.

Here are the 10 interesting facts to know about realme: