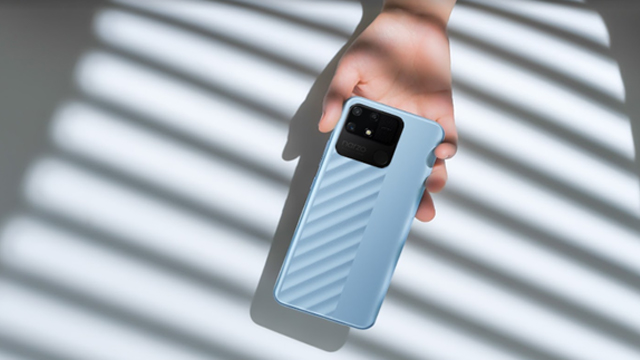 Commenting on the occasion of the launch, Mr. Madhav Sheth, Vice President, realme and CEO, realme India, Europe & Latin America said, “With realme narzo 50A and realme narzo 50i, realme aims to elevate the gaming experience of young mobile users across the country and strengthen and grow our 3 million strong narzo users family.”

realme narzo 50A, a performance titan with a 50MP camera, is powered by MediaTek Helio G85, the best gaming processor in the segment, which features a powerful octa-core clocked at up to 2.0GHz and reaches 200,000+ in Antutu Benchmark that provides sufficient power for a smooth gaming experience to the users. It is equipped with a 50MP AI triple camera, the highest in the segment, and makes it stand out from the competition. It comprises a primary camera that adopts a 50MP image sensor with a large area, that secures enough light and makes the pictures more clear and brighter, a Macro Lens with a super close focus distance to empower users to shot amazing macro photography with details and a B&W lens to provide special artistic effect for portraits. On the front, the smartphone also comprises an 8MP high-def camera that includes AI beauty, portrait mode, and other features to make the shots truly stand out. realme narzo 50A comes with a mega 6000mAh battery that enables users to enjoy non-stop usage and last for up to 53 days in standby mode. The smartphone also features the special OTG reverse charge and is equipped with an 18W fast charge. Equipped with a 16.5cm (6.5”) mini-drop display, realme narzo 50A brings a larger field of view, providing an excellent game, audio and video experience. realme narzo 50A features a highly acclaimed trendy Diagonal Stripe Design, instant fingerprint sensor and facial recognition, which can be easily unlocked with a single click or glance. Also, the smartphone is equipped with a 3-card slot for two SIM cards and one SD card (up to 256GB) and supports 128GB large storage. realme narzo 50A will be available in two dynamic colours – Oxygen Green and Oxygen Blue and will come in two variants, 4GB+64GB priced at INR 11,499 and 4GB+128GB priced at INR 12,499 respectively. The first sale is scheduled for 7th October, 12:00 A.M. onwards on realme.com, Flipkart & Mainline channels.

realme narzo 50i, a stable performer in its segment, is powered by a powerful octa-core processor Unisoc 9863 and is equipped with a massive battery of 5000mAh that could last up to 43 days on standby. In addition, the smartphone provides ‘Super Power Saving Mode’ to optimize the usage of the battery, and also supports reverse charging for charging mobile phones and some AIoT products such as TWS headphones, smartwatches and smart bands. It features a 16.5cm (6.5″) large display with an 89.5% screen-to-body ratio enabling an immersive viewing experience, especially for videos. realme narzo 50i comes with an 8.9mm super slim trendsetting diagonal stripe design, showcasing the attitude and personality of young people, allowing users to easily catch other people’s eyes. It also features an 8MP AI camera that can take clearer photos with 3264*2448 high-resolution, an f/2.0 large aperture to catch more light to make picture quality better and a 1080P full-HD video recording. Also, the smartphone is equipped with a 3-card slot for 2 Nano SIM cards and 1 MicroSD card and supports a maximum of 256GB memory expansion. realme narzo 50i will be available in two astonishing colours – Mint Green and Carbon Black and will come in two variants, 2GB+32GB priced at INR 7,499 and 4GB+64GB priced at INR 8,999 respectively.  The first sale is scheduled for 7th October, 12:00 A.M. onwards on realme.com, Flipkart & Mainline channels.