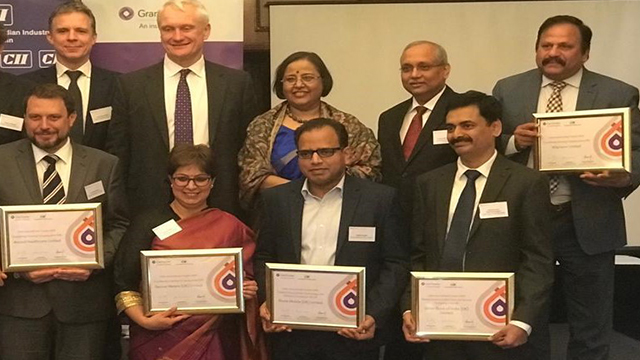 Route Mobile, a Tier 1 Cloud Communications Platform service provider, is proud to announce its recognition as a winner at the highly coveted India meets Britain Tracker 2019, for the fastest growing Indian Technology and Telecom company in the UK.

The report reveals the names of the Indian companies that remain integral to the long-term growth of the UK economy. The ‘India Meets Britain Tracker 2019’, released annually by professional services major Grant Thornton in collaboration with the Confederation of Indian Industry (CII), has identified the fastest-growing Indian companies in Britain to conclude that Indian investment remains integral to post-Brexit growth in the UK.

Commenting on the achievement Mr. Rajdipkumar Gupta – MD & Group CEO, Route Mobile Ltd said “We are very honoured to receive the award from Mrs. Ruchi Ghanashyam, Indian Commissioner in the UK and Mr. Chandrajit Banerjee, UK trade minister and Director General of CII. This recognition at the very early start of the year is extremely motivating and brings more drive within us. Winning awards like these will only make us determined to be more innovative every single day. We would like to thank the judges at India meets Britain Tracker 2019, for recognizing the potential of Route Mobile.”

Route Mobile wins this award 2nd consecutive time. Last year, The India Tracker identified approximately 800 Indian companies operating in the UK, with combined revenues of £46.4 billion and Route Mobile was one of them.