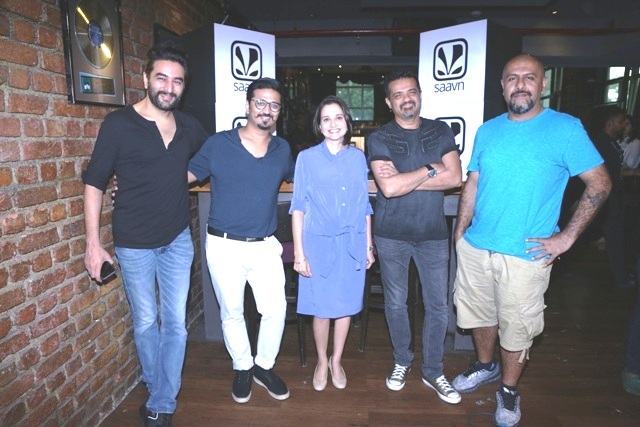 Starting August 11th, Saavn Originals will premiere Film Companion with Anupama Chopra. In addition to movie reviews, Film Companion will feature interviews with A-list film stars, as well an in-depth look at what’s worth watching in India’s ever-growing movie scene. “I’m very excited to be on Saavn,” said Anupama Chopra, “I’ve never done a long form audio show before and this is both an exciting and challenging opportunity. I hope to learn and grow with Saavn.”

In Film Companion’s special premiere episode, Anupama talks to the who’s who of Bollywood music in a power-packed panel including music director duo Vishal-Shekhar, well-known Indian film composer, musician, singer and lyricist Amit Trivedi, and the famous music composer and a guitarist, Ehsaan Noorani, on the changing landscape and future of Bollywood and the music industry. Following this premiere, Film Companion with Anupama Chopra will stream twice weekly every Thursday and Friday on Saavn.

Saavn also adds tongue-in-cheek talk show #NoFilter Neha with Neha Dhupia to the Saavn Originals lineup. Neha, a well-known Indian Bollywood actor and former Femina Miss India Universe 2002, will be in conversation with celebrities from Bollywood, fashion, sports, and music in her notoriously wicked style. “A big inspiration for me are Tina Fey, Ellen DeGeneres, Madonna and other dynamic strong women who are constantly pushing themselves and doing so many things,” said Neha Dupia. “For me having an audio chat show is another exciting challenge which I hope gives me another opportunity to show my quirky side. Saavn to me is a place where the talented meet the cool and vice-versa and I am happy to get on board with them as a content creator.”

“This is a breakthrough moment for us,” said Gaurav Wadhwa, VP of Entertainment and        Originals at Saavn. “In addition to widening our fan base, these new shows will help to solidify Saavn’s transition from music streaming to becoming a global entertainment streaming hub. We’re ecstatic to bring these shows to our growing audience and can’t wait to bring them even more fantastic programming.”

“I’m really excited about my partnership with Saavn for the Artist-in-Residence initiative,” said Raghu Dixit, “I love the freedom that Saavn gives the artist and the trust they display in giving artist full control over content being created. I know that with their diverse and highly engaged listeners, this partnership will be a great step forward in taking quality Indian independent music around the world.”

Having previously performed for the Queen of England at the Diamond Jubilee Celebrations in Windsor, as well as the largest festival in Glastonbury, Dixit is no stranger to the world stage. On August 5th, Dixit embarks on the most extensive tour of his career – the “Masterplan for Happiness” tour taking place in the U.S., Canada, Ireland and the U.K. To kick off Dixit’s debut as Saavn’s AiR, Saavn will be backing Dixit’s global tour by promoting the tour through Saavn’s app and social channels.

The full slate of Saavn Originals, debuting this August and September, includes: