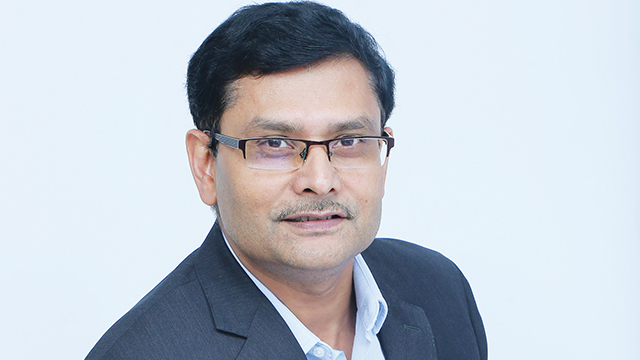 Over the last few years, Samsung Research Institute in Bangalore (SRI-B) had embarked on a path to become a patents powerhouse by improving the quality of innovations and developing a patent mindset among its engineers.
Mobility India spoke to Dr. Aloknath De CTO, Samsung Research Institute – Bangalore to understand how Samsung is building a culture of patent ﬁ ling and how “Make in India Task Force” paying a vital role to develop innovations that help solve very speciﬁ c problems of Indian consumers.

Q Please share how SRI-B cultivates an innovation and patents mindset among your engineers?
The recent recognition from the Government of India awarding us with National Intellectual Property Award 2018 in the category of top foreign public limited company/private limited company for patents and commercialization is a testimony to our efforts to upgrade standards in the ﬁ eld of patents and innovation.
Innovation is coded in Samsung’s DNA with a vision to inspire the world and create the future through innovative technology, product and designs. We do not innovate to just improve technologies; we create value for users and improve the way people live. Samsung’s relentless innovation offers what’s next in technology today – setting benchmarks for the industry. And this is the culture and belief everyone follows at Samsung. Samsung has been in India for 23 years and we continue to strive towards enriching people’s lives through meaningful innovations.
Over the last few years, Samsung R&D Institute, Bangalore (SRI-B), Samsung’s largest R&D centre outside Korea, had embarked on a path to become a patents powerhouse by improving the quality of innovations and developing a patent mindset among its engineers.
The centre has cultivated an innovation and patent mindset among its engineers by setting up a specialized dedicated team that organizes basic invention creation training and advanced inventive step training to help engineers understand the idea of innovation and how to innovate. For engineers to better understand how to strengthen
their ideas, face-to-face counseling is also organised and patent engineers are aligned to various teams in different technology areas. SRI-B had previously won the National Intellectual Property Award in 2015 and also received the Zinnov ‘Great Place to Innovate’ Award in 2015 and 2017. Strong focus on innovation is at the heart of Samsung’s operations and these awards are a great encouragement to continue innovating on new technologies and products that will open a new world of possibilities.

Q Does Samsung also provide training facilities for top quality invention creation?
We have worked on creating an innovation and patent ﬁling culture at the R&D centre to make it an important innovation hub within the Samsung system globally. We have come a long way in the last seven to eight years, with engineers at SRI-B ﬁ ling high quality patents today.
Over the years, we have built that culture by training our engineers for top quality invention creation. These trainings by experienced patent ﬁ lers help engineers to understand what an invention is, how they can identify one, and how to ﬁ le a quality patent. Our in-house portal that we introduced to guide employees on how to ﬁ le a quality patents has also made the process of ﬁ ling patents simpler by introducing a very basic document with a simple template.
We also developed an IP management tool that is a one-stop location for engineers to ﬁnd all reports, including patent landscape reports on speciﬁc tech areas.
Since 2012 till now, over 3,000 engineers have been given patent training by this team. Not just that, theme based ideation workshops are also organised by the company to bring people together, who could collaborate on speciﬁ c technologies, such as AR and VR to name a few, or inventions those are a focus area for Samsung at that given point in time.
To celebrate the efforts of the engineers and to further recognize employees’ contribution to patent portfolio creation, Samsung SRI-B has a special IP Rewards policy.

Till date SRI-B has ﬁled over 2,900 patent applications. Every year the centre ﬁ les between 250-300 patents across a diverse range of technologies.

Q How ‘Make for India’ initiative of Samsung is helping in building this patent ﬁling culture?
Samsung started its ‘Make for India’ program in 2015. Under this program, engineers at Samsung R&D centres in India develop speciﬁ c innovations based on the needs of Indian consumers.
At Samsung, innovation starts by listening carefully to what our consumers need. For us, there is no greater satisfaction than creating products that enhance the everyday life of our consumers, and that is precisely why we ‘Make for India’. The objective of this initiative is to develop innovations that help solve very speciﬁ c problems of Indian consumers. To provide thrust on ‘Make for India’ products, we have also created a ‘Make for India Task Force’, comprising employees from Samsung’s R&D, innovation, products and marketing teams across the country. These teams spent hours to understand the needs of the average Indian user and then innovating products accordingly.
The innovation culture that has been developed at SRI-B, combined with Samsung’s ‘Make for India’ program has led to several interesting features being developed for Samsung devices. A recent example is the Social Camera mode that was launched in the Samsung Galaxy J7 Max Smartphone. The Social Camera mode allows users to instantly edit and share photos and videos directly to social media sites from their camera app. The patents for this feature were developed at SRI-B and later commercialized for devices.

Q Any innovation that has been developed by Indian team and accepted globally?Please share details.
Samsung has a network of 34 R&D centres across the globe and most projects are global efforts.
The R&D centre in Bangalore has contributed to global ﬂagship products as well as developed several India speciﬁc innovations under Samsung’s Make for India initiative.
SRI-B has expertise in artiﬁ cial intelligence, machine learning, natural language processing, Internet of Things (IoT), augmented reality and networks including 5G.
In the last one year, the team at SRI-B has made signiﬁ cant contributions to the development of Samsung’s intelligent interface Bixby, co-working with teams in Korea and other parts of the world. It also developed the many new camera features, including slow/fast motion, panorama, and others in Galaxy S8 and the bokeh mode while taking selﬁe in Galaxy Note8 and features in the latest ﬂagship smartphones Galaxy S9 and S9+.
One of the ﬁrst products under Samsung’s ‘Make for India’ initiative was the ActivWash washing machine. This washing machine integrated a sink and a water inlet with a top-loading washing machine. This was based on consumer insight that Indian consumers ﬁ rst washed collars and sleeves in their bathrooms and then brought the clothes to the washing machine. The additional sink that was provided helped as this job could now be done at the washing machine. This washing machine was very popular in India and later in Korea as well.
Another feature is the Ultra Data Saving mode, which came in around the time 4G was launched in India. Looking at the way Indians used data those days, Samsung researchers developed this mode which compresses and provides upto 50% savings on mobile data and also helps free up device RAM, improving performance. This kind of reverse innovation has been adopted in other markets as well. The R&D centre works on many interesting consumer insights to develop innovations for Indian consumers. One such insight was that many two-wheeler riders use their smartphones irresponsibly, while they are riding because they may be getting important calls. To ensure they ride tension free, Samsung’s R&D team in Noida developed the S-bike mode, which sends pre-decided messages to callers when the phone user was riding. Also, the rider cannot take calls till the bike is stationary. This feature too was picked up in many other emerging markets.

Q How is Samsung working on future tech?
India’s rich intellectual capital has led to the rapid growth of our R&D operations here, SRI-B being the largest R&D operations for Samsung outside Korea. We have recently hired over 1,000 engineers from top engineering colleges including IITs and NITs for R&D across India centres. The fresh talent will work on new age technologies such as AI, machine learning, IoT, natural language processing, speech recognition, biometrics and camera tech.
Our team at SRI Bangalore has developed a large part of Samsung’s artiﬁ cial intelligence interface Bixby. When Bixby Voice was introduced to India with the Galaxy Note8, it was optimised for India to understand English language in Indian accents. This signiﬁ cant innovation in the voice assistance – Bixby was made by our engineers in SRI-B team. Not just that, when Note8 consumer use the S-pen to write a text message in Hindi, the phone automatically converts the message into Devanagari script.

Latest technology insight:
Connected devices are likely to be a big part of our future, wherein more devices are expected to come online over the next few years. Data intelligence in the context of connected devices could provide rich user experience.
At the Consumer Electronics Show (CES) in January 2018, Samsung talked about its plan around Internet of Things, calling it Intelligence of Things instead and showcased how Samsung products across the spectrum could deliver connected consumer experiences across Samsung devices at home, ofﬁ ce and also on-the-go. Samsung is already working on pushing IoT adoption and will make all Samsung products IoT ready by 2020.