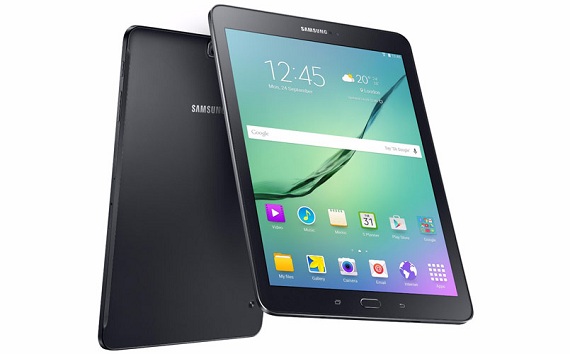 For digital content enthusiasts, Galaxy Tab S3 delivers superior video and gaming experience along with superior multitasking capabilities and versatile usage as a productivity device with the advanced S Pen in-box. Galaxy Tab S3, with a 9.7-inch Super AMOLED display and a 6mm thin metal frame, weighs just 434 grams and has an elegant looking glass back.

Galaxy Tab S3 comes with Quad Speakers professionally tuned by AKG, fast charging capability and a 6,000mAh battery which supports 12 hours of Video Playback. The tablet is offered with a 13MP auto focus rear camera with flash and a 5MP front camera and supports Pogo keyboards that require no separate charging or pairing. The Pogo keyboard with deep key strokes adds to the ease of writing.

Samsung Galaxy Tab S3 takes on-the-go entertainment to the next level with Wi-Fi and LTE Connectivity and providing a cinema-like experience with HDR video playback on a stunning Super AMOLED display. For instance, HDR content on Amazon Prime, when played on Galaxy Tab S3 looks Bright, Vivid and Amazing just the way the filmmaker originally intended.

Galaxy Tab S3 is the first Samsung tablet to feature a four stereo setup tuned by AKG, owned by Harman International, that provides rich surround sound for a premium visual and listening experience. The speakers’ intelligent ‘Auto Rotate Stereo’ function allows the tablet to redirect sound based on its orientation, creating a more accurate and consistent listening experience.

With this holistic video and audio experience, gaming on this device is a pleasure. Optimized for gaming, Galaxy Tab S3 is powered by the Vulkan API and GPU for superior graphics and Game Launcher with a ‘Do Not Disturb’ mode for uninterrupted gameplay and enhanced user interface for a personalized gaming experience. Game Launcher also helps users get more out of their gaming experience, allowing them to optimize their device’s battery to lengthen a gaming session and also live-broadcast their gaming.

With an advanced S Pen, Galaxy Tab S3 allows users to be more productive, creative, and do multiple things at once. Useful S Pen features include Screen-off Memos, Samsung Notes and Air Command. Samsung Notes consolidates the functions of four Samsung notetaking applications in one simple app and Air Command provides convenient access to a wide array of tools such as Translate, Magnify, Glance and Smart Select, which also lets users to create, save and share their own animated GIFs. Users can also utilize S Pen’s handy PDF Annotation function to get work done on-the-go.

Galaxy Tab S3 will be offered to consumers at a price of INR 47,990 and will come in Black and Silver colours. It will be available across retail stores starting June 20, 2017.