SCSE Presents the Most Innovative Applications of Artificial Intelligence 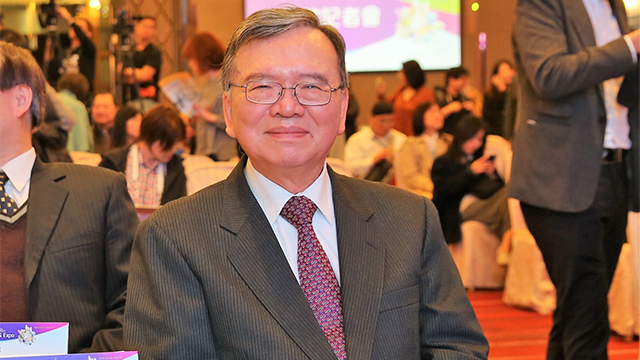 Taipei, Taiwan, the 6th edition of Smart City Summit & Expo (SCSE), a four-day trade show event, will bring together some 50 artificial intelligence (AI) firms, over 300 technology companies, as well as municipality leaders from home and abroad, and keep them at the forefront of smart cities’ digital transformation and innovation. Smart City Summit & Expo, Asia’s largest annual smart city trade show, aim’s to accelerate the application of AI technologies in different areas such as transportation, healthcare, education, energy efficiency and sustainability, and architecture design through exhibitions, forums, and networking events.

Mr. Yu Cheng, head of the “Taiwan Smart City Solutions Alliance” (TSSA), the event organizer, and chairman of Chunghwa Telecom Co. said during a recent press event in Taipei that according to numbers from the event organizers, SCSE is seeing an increase in the number of international visitors. Over 1,700 international professionals who have already signed up to this year’s event.

They are coming from some 107 cities from 42 countries or regions across the globe, including guests, visitors, and information industry associations’ business delegations from Malaysia, Thailand, the Philippines, Vietnam, Myanmar, Indonesia, India and else where. The event organizer TSSA is expected to see an increase in the number of international visitor arrivals to reach a total of 2,000 international visitors, an increase of 30 per cent relative to the previous year. A delegation of 128 representatives and city leaders is leading a large group of 276 members from cities around the world to take part in the Smart City Mayor’s Summit March 26 and attend the launch alliance of the Global Organization of Smart Cities (GO SMART) initiative March 27. The Smart City Mayor’s Summit will be moderated by Taipei City Mayor Ko Wen-je. The number of international visitors, exhibitors, municipality leaders has already exceeded the figure for the previous edition, hoping to further boost the development of artificial intelligence.

Cheng said at a press event this month that the 2019 Smart City Summit & Expo will take place at Taipei Nangang Exhibition Center from Tuesday March 26 to Friday March 29. The event will bring 337 exhibitors from around the world this year; approximately 1,250 booths are being set up to display products and solutions of smart city, marking an increase of 20 per cent compared to last year’s edition. 66 professional forums (a half-day session is counted as a forum) will be held during the event, and 43 of them, or 65%, will be held in English. More than 33,000 visitors are expected to attend the event, and more than 19,000 visitors are expected to attend the forum. The 2019 SCSE includes four professional sub-expos: Smart Healthcare Expo (SHE Taipei), Smart Education Expo, Intelligent Building Expo (IBE Taipei), and Intelligent Transportation System Expo (ITS Expo); with ITS Expo a new sub-expo added to this year’s edition.

Cheng pointed out that to help artificial intelligence pick up its momentum in city applications, SCSE is introducing the first edition of AI 50 Campaign. The campaign had actively looked for aspiring AI startup founders across the globe over the past several months during the call for public submissions. A total of 36 AI startup companies were selected from 52 submissions around the world. The selected AI startups will be exhibiting at the AI 50 Pavilion, and are invited to participate in a variety of business matchmaking and networking events. Startups that have been incorporated in the past five years are eligible and welcome to participate. A total of 52 submissions from over 19 countries, as well as 18 referrals from trusted accelerators and venture capitalists during the public call were received. The select exhibitors —the 36 AI startup companies from 15 countries —will demonstrate various ready-for-deployment AI technologies and applications, aiming to boost the development of AI and create opportunities for an innovation-driven smart city ecosystem.

Chunghwa Telecom chairman Yu Cheng, a leader overseeing and supervising business operations of Taiwan’s largest telecommunications service provider, invited over 70 telecommunication companies from around the world to attend the World Telecom Smart City Conference. The session aims to explore new business opportunities in next-generation 5G networks and ways to realizing the full potential of smart cities. In addition, more than 200 system integrators have been invited to attend World System Integrator Conference to exchange knowledge and insights on the deployment of emerging technologies for smart city development.