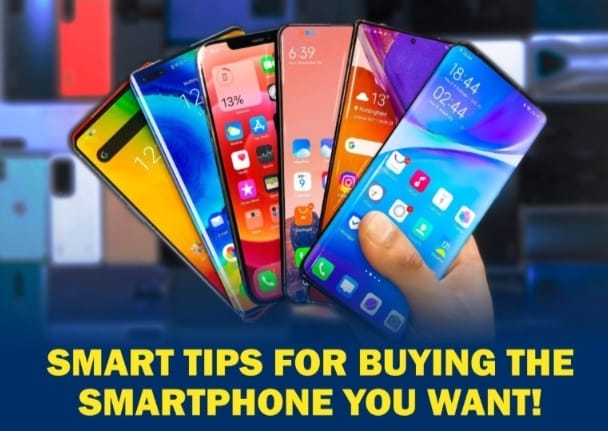 Choosing a smartphone from an overwhelming list of options might get confusing, so we made a guide that helps you pick the best smartphone for your needs.

Smartphone Performance: Processor And RAM:  When you choose your smartphone, it is integral to know what processor you’re getting along with it since the performance directly correlates with it. Popular ones include Snapdragon, Apple A13 Bionic, Exynos 990, and Kirin 990. Apple processors are known for their raw computing power, and Snapdragon processors are the closest equivalent in the Android realm. You also have lower-powered processors for mid-range and budget devices such as the Snapdragon 730 and 730G, Snapdragon 675, MediaTek Helio G90T and G85, and more. Coming to RAM, this refers to system memory that smartphones use to hold data that active applications are using. A portion of your smart- phone’s RAM is always used up by the operating system, to keep it running. We’re not going to get into the nitty-gritty of RAM usage in a phone since it involves explaining terms such as kernel-space which will end up taking a lot of room in this article. Having sufficient RAM can allow you to have a larger number of apps running in the background, which significantly affects your multitasking experience.

Choice of Operating System: It boils down to two options – Android or iOS. The choice is actually more complicated than you imagine since both operating systems have a sizable list of pros and cons. If you’re someone who enjoys tinkering around with your device and customizing it to your heart’s content, you’re Team Android. If you like a simple, powerful OS which gets constant software updates and is supported for a more extended period, you’re Team iOS. Nevertheless, Android is also almost as powerful but not quite as simple, although the current Android version has become much simpler to use than the days of Gingerbread.

Preferred User Interface: You also have to keep in mind that numerous smartphones come with their own skin or UI (user interface) smacked on top of Android. OnePlus has OxygenOS, a clean skin that is quite close to stock Android, Samsung comes with One UI 2, which has improved by leaps and bounds from its TouchWiz days, MIUI on Xiaomi phones, which is an ad-fest but is well-optimized, ColorOS on Oppo and Realme smartphones, that is heavily inspired by iOS.

A Good Display: Smartphone display sizes seem to be ever-increasing and are continually pushing the boundary of what we’d expect a smartphone display size to be. They’ve reached the ‘phablet’ realm with displays even reaching up to 6.9-inches! However, in the age where content is being consumed increasingly on our pocket devices (hard to call them that now), this may not be a bad thing. We suggest anything above 5.7 inches so you can really immerse yourself into games and media. As far as display types go, you have LCD and AMOLED displays. AMOLED displays have variants such as OLED or Super AMOLED (in the case of Sam- sung) and have better contrast and darker blacks.

The Right Amount Of Storage: The current standard is 64GB on lower-end models and 128GB to 512GB on flagships. With swift sharing apps and technologies, almost all of us import every single GB of data from our previous phones to the new ones. So, adequate storage is essential.

Battery Life That Fits Your Daily Requirements: The golden standard of battery life in flagship smartphones is 6+ hours of screen on time. Anything with higher capacities can mostly allow even heavy-users to power through. Flagship phones, as well as some mid-range phones, can also reach 8-10 hours of screen on time, which is brilliant.

Camera Quality that Justifies the Price: In 2020, multi-cameras are the norm and phones with just one rear camera are extremely rare now. You usually get a primary lens which sports the highest MP count, a portrait lens, and a wide-angle shooter. And then, you also have a few extras that some manufacturers add such as the ToF (Time of Flight) sensor, macro lens, and color filter lens. Miscellaneous Things to Consider: Wireless charging; Gaming Mode; Fingerprint sensor vs Face Unlock; Bluetooth version; IP Rating; Dual SIM; Reverse wireless charging; Stereo speakers; NFC; Dual-band Wi-Fi