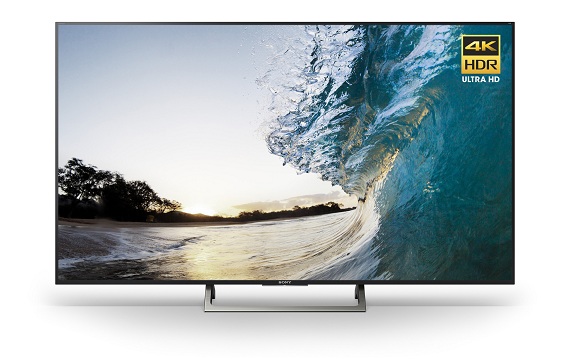 Sony’s 4K line-up has witnessed a positive progression with 17 models being launched in FY17 compared to 11 models in FY16. The expansion is attributed to 4K technology making a push into the mainstream, as consumers are now aggressively consuming 4K content from various online streaming services. The growing demand for larger screen segments is also one of the aspects boosting the segment’s succession.

The world of HDR has been greatly expanding with the advent of video streaming services like Netflix, amazon prime and recently with PlayStation4 gaming.

Now more than ever before, accurate image processing is playing a crucial role in delivering dazzling picture quality.

Sony’s 4K HDR Processor X1 Extreme has been widely acclaimed for its ability to produce lifelike picture with superb texture, depth, colour, and contrast, bringing a significant leap forward in the space of HDR. With the introduction of the new 2017 line-up this technological prowess will now cater to a broader audience.

With its quad-edge LED structure and X-tended Dynamic Range PRO local dimming and boosting technology, it enhances the brightness and contrast details- in fact delivering 10 times the XDR contrast of conventional LED TV.

BRAVIA aims to deliver a light, comfortable look that would match with modern-living sensibilities. All the different design elements tie into that basic approach. The stand embodies a sleek, chair-like presence. The back panel evokes textures of walls and fabric, and the bold combinations of smooth, warm materials add an exquisite stroke to the canvas of contemporary spatial design. The use of thin bezel helps hide the boundaries between the living space and the visual content, thus making the viewer feel the immersive BRAVIA experience.