TECNO Launches Ad Campaign for ‘Tecnomagic’ camera on ‘Camon i’ 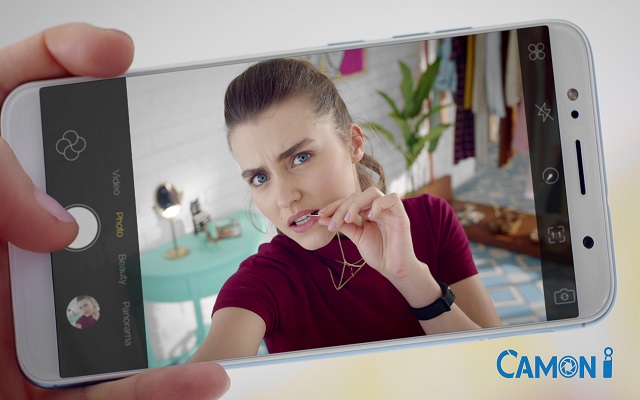 TECNO Mobile, a premium smartphone brand from TRANSSION India, announces the launch of its striking ad campaign for Camon i. The TVC is part of the 360-degree campaign for TECNO’s Camon i, its first smartphone in India under the global flagship Camon series. The campaign is created in association with Creativeland Asia Pvt. Ltd our creative partners. It is directed by Kartik Ramnathkar and produced by Mayur Goel.

Set in various situations, locations and times of a day, this uber cool, upbeat TVC very smartly captures the Camon i brand positioning – ‘Magic in any light’. The TVC highlights a day in a girl’s life with her pictures, right from Morning to night. The TVC covers her ‘Good Morning’ selfie to a breakfast picture, to an auto selfie, to at her work selfie, to a sunset picture with her boyfriend, one at a café and at last some fun party pictures at night with her friends in 30 seconds, the TVC aptly shows off Camon i’s camera prowess of capturing Magical shots in any light.

Commenting on the launch of the TVC Mr. Gaurav Tikoo, Senior Vice President Marketing, TRANSSION India, said, “Seizing the fun and worthwhile moments in a day and sharing it with one’s friends and folks is a trend of this insta-age. Riding on this trend, TECNO’s Camon i series has been designed for the spirited people who like to keep up with such drifts in a generation. Apart from that, we are also focused on upping the ante for smartphone photography and its picture quality. In this context, now anyone can create magic at any time of the day with Camon i’s ‘Tecnomagic’ camera. Through this TVC, the idea was to bring its superlative camera features to the fore and highlight Camon i’s brand promise ‘Magic in any light’.”

On the launch film, Anu Joseph, Chief Creative Officer, Creativel and Asia, said, “Two truths define this film. The first one is that young people today document their entire lives on their smartphone cameras. And the second truth is that TECNO Camon i has some of the greatest features on both its cameras that make it the best to take pictures in any kind of light (you should actually see the pictures it can shoot in the lowest of lights to believe it). The film is a portrayal of both these truths.”