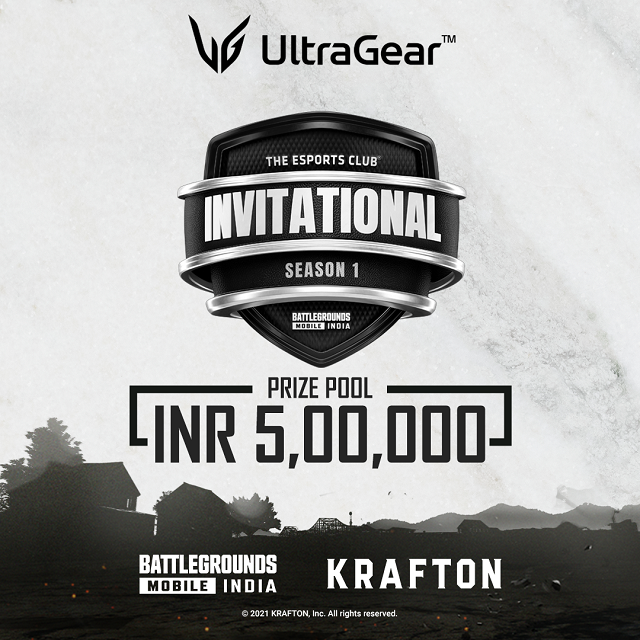 India’s leading esports platform, The Esports Club has announced its first ever mobile esports tournament, LG Ultragear TEC Invitational Season 1 for Battlegrounds Mobile India (BGMI). The invite-only tournament will witness participation from India’s top 20 teams while featuring a total prize pool of INR 5,00,000 ($6,722 USD). It will be a four days tournament, starting from the 21st of August 2021 till the 24th.

This announcement is considered to be a big first step into the world of mobile esports for The Esports Club who currently runs some of the largest PC esports campaigns in South Asia.

Speaking about the announcement, Mr Ishaan Arya, Co-founder of The Esports Club said-‘Initially, we decided to focus on our strengths, creating some of the best PC esports events in the region over the last 2 years. We felt this was the right time to enter the mobile ecosystem with our first BGMI event with others in the pipeline as well.’

Mr Mansoor ‘Nabu’ Ahmed’, Director of Esports, The Esports Club, “We’ve been working hard behind the scenes for our mobile expansion and the TEC Invitational is just the first step. We always believe in providing opportunities for players and creating a valuable platform; over the next few months you’ll see more BGMI opportunities from TEC that are open to all gamers across India.