The Future Of Feature (phones)! By Mr. Ajay Sharma 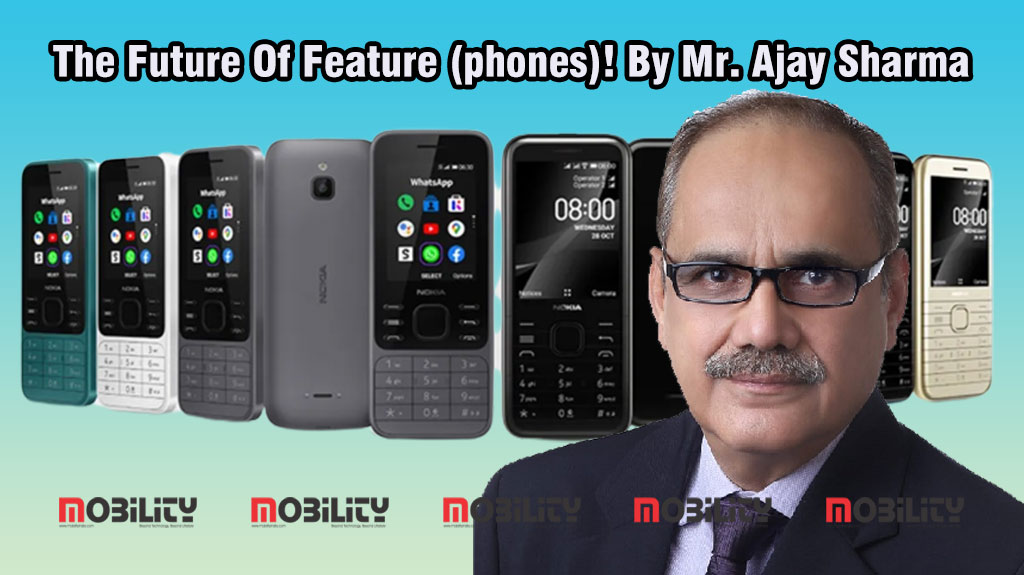 1. India has more than 300 million 2G users. Majority of them are either:

a. Very low ARPU customers who cannot afford a smartphone and/or the minimum packages on 4G.

b. The elderly who are more comfortable with simple keypad phones. Airtel, Vi and BSNL have to keep the 2G networks operational to serve them.

2. Most of the POS machines still work on 2G. This is letting the people in Rajasthan still make payments through cards as the wallets are not working at the shops due to 4G shutdown.

3. The Government of India is supporting the existence of this technology by clarifying that it has no intention to discontinue the network.

5. When #RelianceJio entered the market with 4G services at low cost, many felt that there will be no 2G users left in India by 2019. We still have some hundreds of millions there. Even Jio Phone Next that was to make India 2G Free has not been able to make the kind of impact Jio would have liked it to.

6. The decline in the 2G feature phone segment is expected to be in single digits for the next 3-4 years as per Statista.

On the negative side:

2. As per #Counterpoint, feature phone (2G and 4G) shipments in India declined 39% YoY in Q1 2022 due to supply chain issues and low demand.

3. #SamsungIndia is reportedly exiting the low value feature phone business. Apparently, while 20% of their volumes come from feature phones, the value contribution for this is only 1%!

Let us now check how the feature phone landscape has changed in the last one year in terms of market shares comparing Q1 2022 to Q1 2021.

What do we see?

1. The graph clearly shows the decline by 5% in Samsung’s market share with a corresponding increase of 6% in the market shares of #Itel and #Lava.

3. The share of others remained unaffected at 29% in the two years.

4. Unlike smartphones, the contribution of the No. 4 and 5 brands is not even in double digits with Karbon at a mere 3%.

What can we conclude from this?

1. While feature phone volumes may continue to decline, there is no immediate threat of it getting washed away like 3G.

2. There is and will be space for local brands which still contribute to 29% market share unlike smartphones where it would be less than half of this.

3. Since brand no. 5 is at just 3% share, it is obvious that the individual market share of any local brand would be less than 3% which effectively means less than 2.4 million or 2 lac phones a month in 2021.

4. The share of local brands can only increase as Samsung exits the market by December subject to the local brands being smart in product, pricing and distribution.