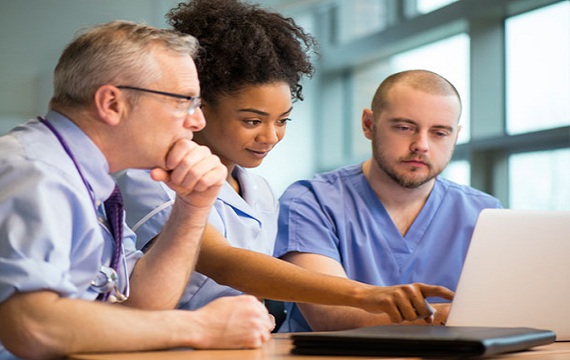 If you or a family member has ever had a serious medical problem, you know how important it is to have doctors with good communication skills. They should be able to explain their diagnoses clearly and describe the procedures they propose using terms you can understand, and they should listen to your concerns and treat you with courtesy and respect.

However, studies show physicians tend to overestimate the effectiveness of their bedside manner. In their defense, doctors point out they have limited insight into how they come across to patients and lack feedback mechanisms to help them.

To teach communications skills to medical personnel, a trio of researchers at the Toulouse Institute of Computer Science Research in France have come up with a video game. The game, at the prototype stage, relies on traditional medical consultation scenarios and the latest e-health technologies. Their article, “Design of a Serious Game in Training Nonclinical Skills for Professionals in the Health Care Area,” was presented at the 2014 IEEE Third International Conference on Serious Games and Applications for Health and is now available in the IEEE Xplore Digital Library.

As in most games, there’s a story line, and there are goals, challenges, the awarding of points, and rewards. The game runs on a Web server and presents preprogrammed questions for the player to answer. The player chooses her answers from a computer-generated list of multiple-choice responses. Right now it’s all in French, but translations to other languages could come in the future.

COMMUNICATION MODULE
The game is targeted at general practitioners and medical students doing internships in general medicine. The story line is that of a new doctor fresh out of medical school, referred to as “the player,” who has just set up a practice. The player can choose a female or male avatar. There are also virtual nonplayer characters such as patients, office staff members, and other doctors.

Medical experts, including physicians, educators, and psychologists, developed the rules of the game. These determine if actions taken by the player have beneficial or detrimental effects on a patient. The researchers also worked with general practitioners who teach medical students and supervise interns.

A trio of researchers from France developed this video game prototype, which provides feedback to general practioners and medical students on how they communicate with patients.

The player’s first activity is to conduct a consultation session witha new male patient in his 50s who has type 2 diabetes and wants his prescription renewed. The session has four phases. In the first, the player prepares for the session, greets the patient, introduces herself, and identifies the reasons for the consultation.

The next phase concerns gathering information, with or without a physical exam. The third consists of providing a treatment plan and explaining it to the patient, making sure he understands what is expected. In the last phase, the player must summarize the session for the patient, make the next appointment, and say goodbye. Other activities introduced along the way may include having to answer a phone or adding to a patient’s electronic health record in the EHR module.

At every step, the player chooses a preprogrammed question or action from among those suggested by the game engine and spelled out on the screen. The researchers call these general steps taken during a consultation microsequences. The patient responds to what the player says or does with his own set of preprogrammed responses. Completing the microsequences advances the player to the next phase.

At the end of each phase, a screen summarizes the actions the player has taken and identifies any incorrect actions—or wrong answers selected—along with the correct ones.

Since no two patients are alike, and to make the game more enjoyable, the developers created patients with different medical histories, diseases, and personality traits. For traits, the patient can be confident or aggressive. Each trait influences certain attributes of the patient’s sentences, thus changing behavior. The player selects a patient profile and a topic to discuss.

Actions taken by the doctor during the consultation can affect the patient’s behavior. To deal with this, the game proposes different sentences so players learn how to adapt their own language accordingly. Each sentence reflects a set of attributes such as politeness, clarity, or empathy.

When it is the patient’s turn to respond to the doctor, the game chooses a sentence according to the patient’s profile. For example, if the patient likes to talk a lot, his sentence may be long and not directly relevant to the topic at hand. The doctor then must decide what action to take; participating in irrelevant conversations earns the player negative feedback, so players can learn to adapt their language.

The developers addressed complaints from doctors about the lack of a feedback mechanism to gauge their bedside manner and how it affects the patient. The researchers provide a gauge by reflecting stress levels in the virtual patient’s facial expressions. How a player handles a patient’s stress is one of the key elements of the game, according to the researchers.

E-HEALTH TECHNOLOGY
The past decade has seen the implementation of e-health records in hopes of improving the quality of health care and reducing costs. But the success of EHRs depends on the medical professionals using them knowledgably and integrating them into their practices. 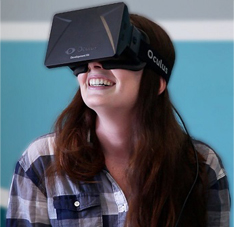 “Our game presents an overview of what can be done with EHRs and how they can make both patients’ and doctors’ lives easier,” the researchers say. “As e-health systems, computers, and smartphones become common in people’s daily lives, they have to be considered because of their many advantages over traditional education.”

Players gain access to the modules for EHRs and telemedicine when they take certain actions during a consultation. For example, choosing to review a patient’s medical history opens up an EHR module. The module presents the patient’s medical history, and the player can add information obtained during the consultation, which the game engine then summarizes. In this module, a written tutorial explains the reasons for using an EHR as well as the laws that protect the privacy and confidentiality of such records and the steps doctors need to take to secure the integrity and availability of information in an EHR system.

The need to consult with a colleague in another location or schedule an appointment for a patient in another city gives a player access to the telemedicine module, which is still being developed. According to Guo, one of the ideas here is to highlight the variety of devices that a doctor can use, such as Web cameras and remote measurement instruments.

SCORING THE GAME
Because this is a role-playing strategy game, several indicators are used to compute different scores. One score reflects the confidence level the virtual patient has with the player. The researchers also developed what they call a “familiarity value” that measures the player’s knowledge of EHRs and telemedicine.

After reaching certain point levels, medals are awarded each time one of the four phases is completed.

NEXT STEPS
The game prototype, still under development, is not yet ready for testing. For example, it has yet to be enhanced with more-intelligent virtual patients, giving the player more scenarios to deal with.  The developers can’t say when their prototype will be complete.

“A good serious game requires a great amount of effort by a multidisciplinary team, and development phases can be very long,” points out Guo.