Things you want to know about Windows 10

By: MOBILITY INDIA
In: Top Stories
Share Your Social Media

Microsoft reveals about its next version of Windows and probably It’s going to be the last major version of Windows.
Microsoft is calling its next Windows release “Windows 10,” not Windows 9
The Windows 10 core will run on PCs, tablets, Windows Phones and even in the Xbox in future.
The user interfaces will be tailored for each type of device.

Windows 10  whats new comapare to Windows 8.1 OS.
1) Start Button strikes back
Probably the biggest complaint about Windows 8.x was the decision to ditch the familiar Start Button. Microsoft was so focused on introducing the world to its Live Tiles interface, it assumed users wouldn’t mind a Desktop  with reduced functionality. The Start Menu will allow you to access apps, search for content as well as pin apps, contacts and websites into it.
Windows 10 price
Windows 10 will be FREE for existing Windows 7 and 8/8.1 users for the first year as Microsoft looks to kickstart adoption. Microsoft has confirmed that Windows 10 users will receive free updates for the lifetime of their device. Users who do not qualify for a free upgrade to Windows 10 (including users of Windows Vista and XP), people who’re assembling a new PC and Mac users can buy the full version of the OS at Rs 7,999 for the Home version and Rs 14,999 for the Pro version.
The Windows 10 operating system can be purchased from Microsoft’s official online store – Microsoftstore.com.
3) Cortana coming to PCs
Microsoft’s personal assistant will be pre-loaded into Windows 10. The firm claims that Cortana will be able to provide regional specific answers to questions. Users will also be able to access Cortana’s Notebook at anytime to see what the AI knows about you and add or remove information.
4) Microsoft Edge
Microsoft will launch a new web browser for Windows 10, which will be called Microsoft Edge.
5) The end of the password?
Microsoft has confirmed Windows 10 will support the Fast Identity Online (FIDO) standard. This means users will be able to sign into commonly used apps like Outlook using a variety of biometric tools from fingerprint readers to retina scanners.
“With Windows 10, for the very first time Windows devices and Microsoft-owned and partner SaaS services supported by Azure Active Directory authentication can be accessed end-to-end using an enterprise-grade two-factor authentication solution – all without a password.”
6) Windows Phone 10 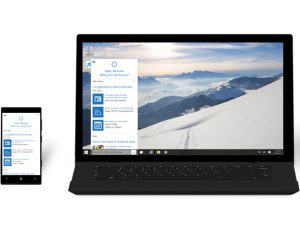 A specialised version of Windows 10 will be launched for smartphones, with revamped Office and Outlook applications, which resemble their PC counterparts.
Windows Phone 10 will also have an integrated messaging hub for Skype, texts and other IM services.
7)  Windows 10 interface will adapt via Continuum
Microsoft was so keen to push the “touch-first” mantra with Window 8, the experience on traditional machines where keyboards and mice were the primary form of input suffered. This was addressed to some extent with the 8.1 update and the problem could now be solved with Windows 10.
If you’re working with a 2-in-1 hybrid like the Surface, you’ll be met with the standard desktop while the Type Cover keyboard is connected. However, when you detach the keyboard the OS will detect this and prompt you to switch over to tablet mode.
8) Multiple desktops debut
Borrowing from Apple’s OS X, Microsoft has finally introduced multiple desktops.
This is something power users have been craving as it will make it easier to work on different projects simultaneously.
9) A unified app store 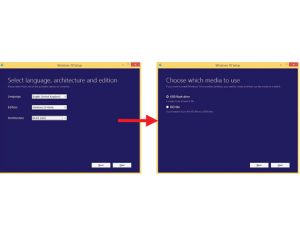 Developers will now be able to create one app that runs across all Windows devices from phones through to 85in touch displays. Larger enterprises will be able to create their own customised app store for employees, with the ability to include selected public apps alongside in-house apps.
10) Universal apps
One of the main problems with Live Tile apps was the fact they could not be controlled like regular programs. This all changes with Universal apps. They will be framed in the same windows as programs so they can be resized, moved, maximized, minimized and closed.
11) Flexible security updates
Security and critical updates will continue to be pushed out on a monthly basis.
12) Improved multitasking
Windows 10 will introduce a quadrant layout allowing up to four apps to be snapped on the same screen. The OS will even make smart suggestions to fill available screen space.
13) No more typos in Command Prompt
Power users rejoice as copy and paste will be enabled in Windows 10’s Command Prompt.
14) MDM built in
Admins will be able to manage devices through traditional methods like Active Directory and System Center.
Windows 10 will include extended built-in mobile device management (MDM) capabilities – making it easier to manage device from the cloud.
How to install and upgrade Windows 10 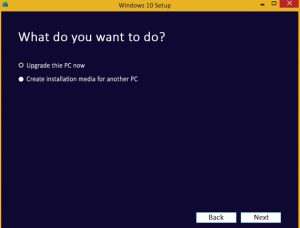 If you want to install Windows 10 today, you can. There’s no need to wait for your reservation. It doesn’t even matter if you didn’t reserve a copy: you can download Windows 10 from Microsoft today. But befor doing that make sure to back up photos and anything else you don’t want to lose before starting the upgrade.

# Head to Microsoft’s new Windows 10 download page and click on the link for the 64-bit version. Only use 32-bit if your computer doesn’t have a 64-bit processor.
# You will see two options: Upgrade now, or create  installation media. Assuming you’re trying to upgrade the PC you’re running the tool on, choose Upgrade this PC now. The reason for this is that you can’t do a clean install straight away as part of the free. update.
#Now Windows 10 will start downloading from scratch.
# If you would rather create a bootable USB or DVD to install Windows 10 on another computer, or multiple PCs, choose that option. This is a new and easier way to install Windows than dealing with ISO images, as the download tool is an all-in-one utility that will do everything for you.
#You can see which version your computer is eligible for in Will my PC get Windows 10?
# Accept the licence terms when prompted, and the installer will then check your PC for compatibility with Windows 10, that it has enough free space and will download updates. Youwill not need an activation key for Windows 10 if you are upgrading from an eligible version of Windows 7 or 8.1.
# When prompted, click to install Windows 10 and your machine will reboot. Step # When you finally get to the Windows 10 desktop, allow a bit of time for Windows 10 search for drivers for your hardware.
#If you want to do a clean install, then scroll down to the next section.

How to install Windows 10: Clean install 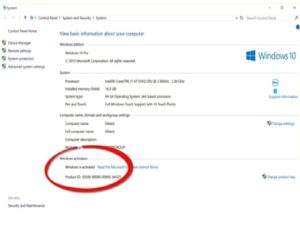 You can’t clean install Windows 10 without going through the upgrade process above. That’s because you don’t have an product key as you do with Windows 7 or 8, so Windows 10 needs to activate automatically online after upgrading from an elibigle copy of Windows 7 or 8.1.
When Windows 10 is activated, Microsoft can identify your PC and associate it with an activated and valid Windows 10 licence. This means you can perform a clean install (even on a different hard drive, so it’s a good time to upgrade to an SSD if you have been running Windows on a traditional hard drive) and Windows 10 will activate without issue.
To check if Windows 10 has activated after upgrading, head to Control Panel > System and Security > System and look under Windows activation:

Only if you make “significant changes” to your PC will you have to call the Microsoft activation helpline.
To do a clean install, you’ll need to return to Step 2 in the walkthough above, using the tool you downloaded to create a bootable USB drive or DVD. Once that’s done, turn off your computer, install and / or remove any hard drives and SSDs you want to swap around and then boot from your USB or DVD.
If your PC won’t boot from it, head into the BIOS settings (typically press Delete, F1 or one of the other F keys just after you turn your computer on) and make sure removable drives, or the DVD drive is set as the first boot device, and not a hard drive. We can’t be specific about the menus and settings, since each BIOS is different.