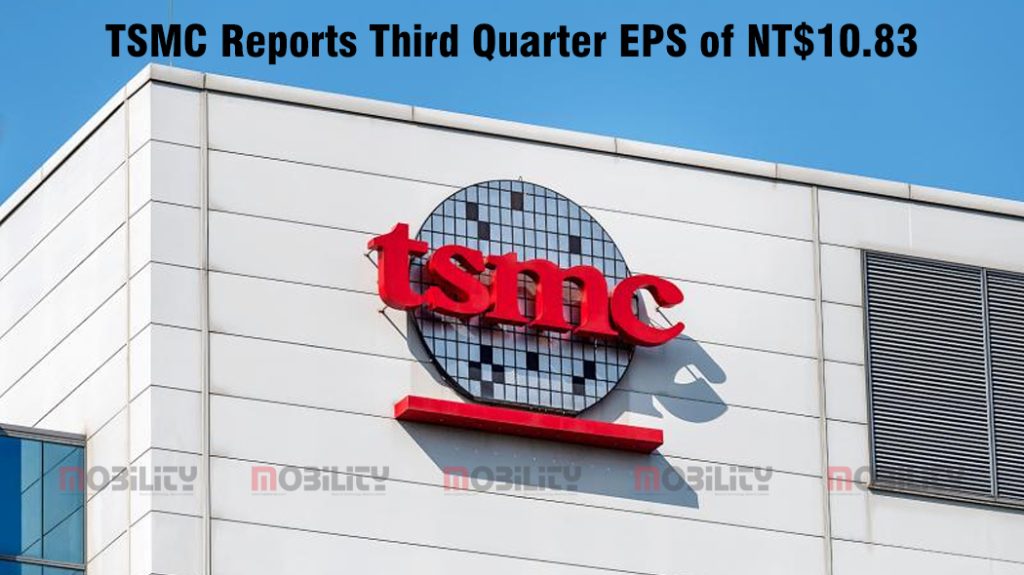 Taiwan Semiconductor Manufacturing Co., the biggest contract manufacturer of processor chips for smartphones and other products, said Thursday that its quarterly profit rose 79.7% over a year earlier to $8.8 billion amid surging demand.

In US dollars, third quarter revenue was $20.23 billion, which increased 35.9% year-over-year and increased 11.4% from the previous quarter.

“Our third quarter business was supported by strong demand for our industry-leading 5nm technologies,” said Wendell Huang, VP and Chief Financial Officer of TSMC. “Moving into fourth quarter 2022, we expect our business to be flattish, as the end market demand weakens, and customers’ ongoing inventory adjustment is balanced by continued ramp-up for our industry-leading 5nm technologies.”

TSMC, headquartered in Hsinchu, Taiwan, makes processor chips for brands including Apple Inc. and Qualcomm Inc. Chipmakers are benefiting for demand for next-generation telecoms, high-performance computing and chips for use in products from cars to medical devices.

Most semiconductors used in smartphones, medical equipment, computers and other products are made in Taiwan, South Korea and China. That has prompted concern among American officials about reliance on supplies that might be disrupted by conflict between China and Taiwan. They are lobbying TSMC and other chipmakers to set up factories in the United States.

The company has announced plans for a second U.S. production site in Arizona.