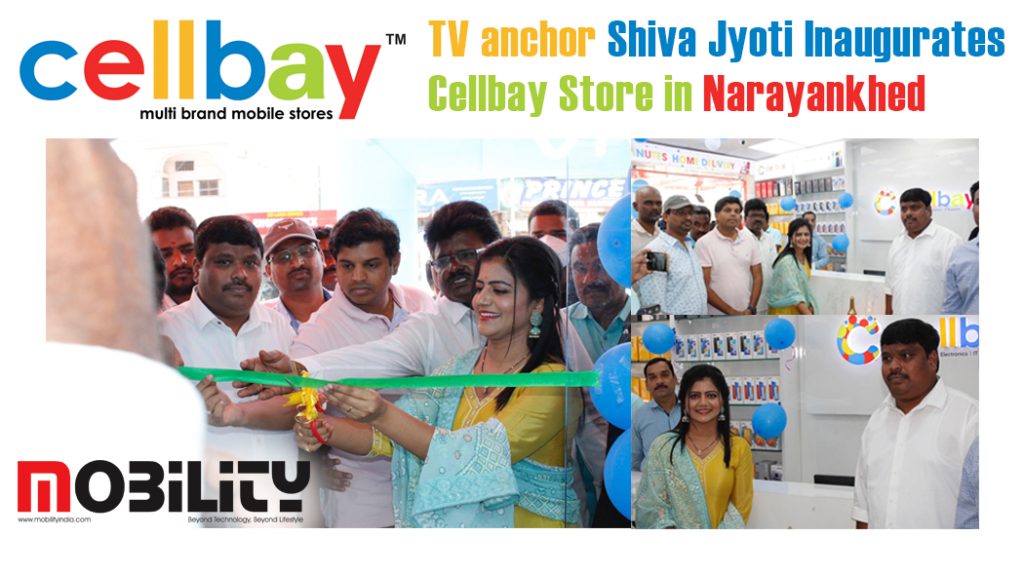 Cellbay, established in 2016, is a multi-brand mobile retail chain based out of Hyderabad that deals with all prominent mobile brands such as Samsung, Redmi, Oppo, Vivo, Realme and more.

The main aim of the brand is to keep customer satisfaction as the utmost priority, The brand has designed its core values and moving with a vision to become the largest brand in retail industry.

The new store was inaugurated in the presence of Mr Soma Nagaraju, Managing Director-Cellbay and Director – Mr Suhaas Nallacheru. The Cellbay team is immensely thankful to our guests and customers for honoring us with their presence at the grand opening of our store at Narayankhed.

Speaking on the occasion, Mr Soma Nagaraju, Managing Director-Cellbay says, “We at Cellbay are quite excited to have Shiva Jyothi to inaugurate the store at Narayankhed. Shiva Jyothi is one of the youth icons, and we strongly feel overwhelmed since she has inaugurated the store. Cellbay is one stop experience brand for one stop solution for mobile device and service requirement, and we are focussed the goal. “

Cellbay is one of the largest retail stores in Hyderabad having more than 50 Stores.