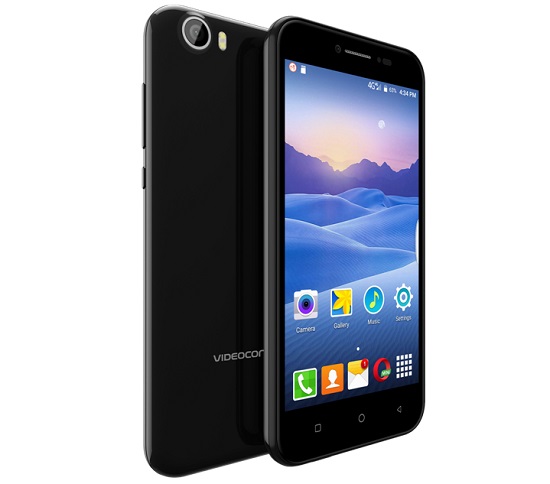 Taking a major leap in its mobile handset offerings, Videocon Smartphone is all set to introduce its most advanced version of handsets- Krypton 22, loaded with the latest version of Android, IR Blaster for controlling third-party appliances & electronics, OTG support for USB connectivity for pen-drives and other USB-powered accessories and a slim design. Powered with 2GB of RAM and MiraVision Display, the Krypton 22 also gives the user VoLTE & VoWifi access for a better and an uninterrupted voice calling experience.

Krypton 22 comes with the VoWifi feature which allows user to use the same phone number and the same smartphone dialler interface while making a call over the cellular network or over any WiFi network.

Another feature which makes Krypton 22 a great performer is VoLTE (Voice-over-LTE), a technology that allows voice calls to be carried over LTE networks. With VoLTE, voice and data travels through the same network and support higher quality calls and will connect calls much faster than a traditional GSM or CDMA call.

Speaking about the new Krypton 22, Mr. Akshay Dhoot, Head of Technology & Innovation, Videocon, said, “Videocon Smartphone’s vision has been to come up with products that not just meet consumers’ needs but exceed their expectations. With Krypton 22, we want to make sure that this new product delights our consumers in every way.”

The IR Blaster can control Televisions, set top boxes, fans, Stereo sound systems, Air conditioners, DVD players etc. without their remote control, from the Krypton 22 itself.Krypton 22 also allows the user to access hybrid pen drives and SD cards and comes with a pre-installed app- Shoto, which automatically organizes photos & videos into albums and enables discovery with photos that friends take. With Shoto, users get a free backup on cloud for all their media and can just click away.

“We understand our users and enable them to share photos by integrating discovery and cloud backup while ensuring picture level privacy. All Krypton 22 users have an option to up their photo sharing game by organising their pictures which will let them dive into a pool of amazing photos their friends click” says Sachin Duggal, Chief Wizard at Shoto. “We are excited to see how this phone changes the way people click and share pictures with friends,” adds Duggal.

MiraVision in Krypton 22 enhances the picture quality for the display. Leveraging MediaTek’s algorithms expertise, MiraVision offers a range of visual enhancements for images and videos, while preserving power

Videocon Smartphones has always believed in providing security to its users, and like all Videocon smartphones, Krypton 22 comes with SOS-Be-Safe and panic button. The SOS-Be-Safe feature allows users to alert their near and dear ones and inform them of user’s exact location in case of emergencies.  The handset also offers 1 year subscription of Eros Now & 1 Full version Gameloft game. Videocon Krypton 22 will be available in market an MRP of Rs. 7,200.