What is the current position of WeChat with reference to user base in India and abroad?
WeChat envisions and innovates new ways for people to connect, communicate and share. A mobile social communication app designed for smartphone users, WeChat is one of the world’s fastest growing social apps with hundreds of millions of users internationally. WeChat empowers users in fun and dynamic ways, by bringing together messaging, social communication and games in one seamless, interactive experience, with comprehensive privacy and security settings that can be tailored as needed.
According to a Global Web Index, a UK-based research firm that tracks social and messaging apps globally, WeChat has reached 549 million monthly active users globally, up from the 500-million user milestone achieved three months ago in the fourth quarter (Q4) of 2014. As per GWI, in India, WeChat is most popular with users between 16 to 34 years old, and this age group dominates more than 80% of the WeChat user base.
WeChat will continue to focus on enhancing the user interaction by broadening the activities from social and communications to gaming, entertainment, media content and beyond.

How do you see competitors like WhatsApp, Viber, etc? What is the big differential aspect? 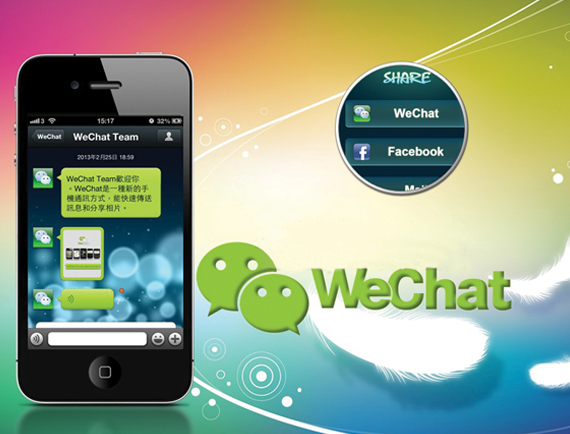 The Indian market is a large and diverse market with varying user preferences, keeping all this in mind WeChat offers its users a rich communication platform. As a standard policy, we do not comment on other players and welcome all kinds of innovation to serve the uses. WeChat has always been a pioneer in leading the innovation and offers an ‘All-in-one’ social app which allows the users to do a lot more than just text with one another. WeChat has been constantly focusing on localized and targeted communication experiences which provide users with a holistic social communication experience. Our most popular features are:
Localized Animated Stickers: Stickers with relevance to local popular festivals such as Diwali, Rakhi, Eid, Christmas; and languages and occasions popular with youth such as Valentine’s Day, Father’s Day, Friendship Day are regularly being introduced. Also it is a constant effort to give the best user experience which is why there are local stickers such as Cricket Stickers for all the cricket lovers. Moreover, incorporating local characters such as Angry Aunty, Nautanki Baba, Groo, Milly, Dido Mona Darling and funny one-liners, depicting Indian moods, are successful. Also, the Bollywood stickers like Bole To and Bole Daal are immensely a favorite among the users.
Official Accounts: WeChat as a broadcast platform offers to sign up for official accounts, which are popular brands in the country. These official accounts provide popular content and updates to the users. Subscribing to Official Accounts is relevant for brands, communities, entities or services that have their social presence, engagement, service distribution and fulfillment through the WeChat platform. This feature helps brands, community, entity or services to get discovered, distributed & connected on the new age social platform on smartphone–WeChat. Some of the Official Accounts are Jabong, Hungama Music, Scoopwhoop, AskMe, TOI, etc.
Free Calling: WeChat introduced free WeChat-to-WeChat voice calls and video calls as an early innovation in mobile messaging apps. Today, Indian users can make unlimited free voice and video calls via WeChat which only consumes mobile Internet or Wi-Fi data.

Also available is the walkie-talkie function which allows all the members of a WeChat group to communicate via instant voice conversations with just one tap – and even share their location with other group members in real time while communicating through the walkie-talkie feature. Apart from the above, we also have features such as Recall message, Translate message, favorite message/ cloud storage which have been appreciated by the users.

WeChat has just joined the Windows OS, how that affects your market share and the overall customer database?
WeChat has been present on Windows phone OS for quite a few years now. Recently, WeChat has introduced an English version of its Windows desktop app, with new features for group chats and recall messages, in a bid to target users worldwide. The service is also available on Mac and supported on multiple browsers. Earlier this year, WeChat had launched its desktop app, which was available across all major mobile platforms, but in Chinese.

Users can access the app at web.wechat.com on any browser and scan the QR code after logging in via smartphone web option within the app to pair it with the web client. Note that this web client will just be mirroring all conversations and messages from its mobile app, which means all the messages, will continue to remain primarily on the user’s mobile phone.  Users need to have an active Internet connection for the web client to work.

What are the new initiatives you took to make your service more popular and advanced?
It has been our continuous endeavor to ensure that our users get the best communication experience. Continuing these efforts of innovating and providing the users with a rich communication platform, over the last year we have introduced a number of innovative features which are unique to WeChat.
The most popular ones for the masses are the Official Accounts and Stickers.
Localized Stickers: WeChat is one of the leading communication apps with animated stickers in its gallery. These stickers are popular due to Indian touch imbibed in them through characters, liners and animation design. WeChat constantly builds its gallery with stickers catering to the current trends. Bollywood, cricket, funny memes, cartoon characters, and localized funny animated stickers make WeChat different such as Angry Aunty, Bole To, Mona Darling, Bollywood inspired stickers and more.
Free Calling: WeChat brought free WeChat-to-WeChat voice calls and video calls to millions of Indian users. It lets users make voice and video calls completely free of charge through WeChat and uses minimal data when using mobile Internet. This has led to WeChat becoming a preferred social communication app amongst Indian youth.
Official Accounts: To give users an experience of more than a messaging app, WeChat has a unique feature – Official Accounts which provides regular viral updates to WeChat users. It is a special platform to connect brands with its users in a seamless and more engaging way. Furthermore, this feature gives users an option to subscribe to their favorite brands.

Apart from that WeChat believes in connecting with the audience directly which is why it is having a sticker challenge for the students to give them a platform to showcase their talent by drawing doodles and stickers. This is not just for entertainment purpose but to incorporate the winner entry of the stickers in the WeChat gallery and also for giving out prize money to the best artists. WeChat is always in favor of exploring opportunities to connect to the masses for fun activities and give them the most relatable experiences.

What new initiative have you taken to counter the security aspect of your service?
WeChat is a safe and secure communications tool. We take user data protection seriously in our product development and daily operations, and at the same time, like other international peers, we comply with the relevant laws in countries where we have operations.