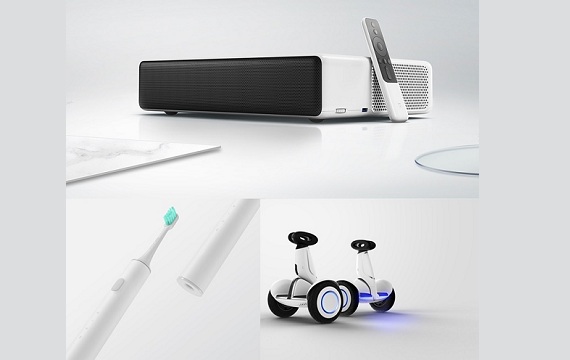 Xiaomi has developed a unique approach of incubating and investing in specialized companies to effectively expand its product line. The “Mi Ecosystem” sub-brand covers a range of products manufactured by these companies. After three years, the Mi Ecosystem IoT platform has crossed 60 million connected devices, becoming the world’s largest smart hardware platform. There are now over 8 million daily active connected devices on the Mi Ecosystem platform, and Xiaomi has sold over 9.5 million units of its smart module, which effectively integrates manufacturers into the platform.

Ninebot Plus, made for Xiaomi by Ninebot for the China market, is an overall upgrade from the popular Ninebot mini, which was released in October 2015 and has crossed 700,000 units in sales to date. Compared with Ninebot mini, Ninebot Plus is equipped with a strengthened magnesium alloy chassis and can now support a load of up to 100kg. It can now travel 35km on a single charge and comes with a remote control that allows users to control its movement conveniently without a smartphone. An optional Mi Ninebot Plus Camera can also be attached for taking photos.

Mi Ultrasonic Toothbrush marks the first Mi Ecosystem product in the personal healthcare space. It employs ultrasonic technology which enables vibrations of up to 31,000 times per minute for powerful cleaning. With a built-in 700mAh lithium battery, it can last 18 days on a single charge based on twice-a-day usage.

All three products continue demonstrating Xiaomi’s commitment to making innovation available to everyone with products that feature cutting-edge technologies at amazing prices. Mi Laser Projector will be available at RMB 9999 starting 4 July via crowdfunding on Xiaomi’s apps. Available both online and offline, Ninebot Plus will go on sale at RMB 3499 starting 11 July, while Mi Ultrasonic Toothbrush will retail at RMB 199 starting 18 July.