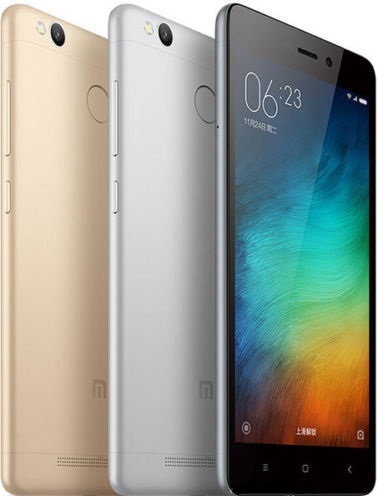 Xiaomi launched Redmi 3S in India, extending the successful Redmi legacy with a beautifully-crafted device that has a super long-lasting 4100 mAh battery. Redmi 3S will be priced at INR 6,999, while Redmi 3S Prime, the higher memory model which also features a fingerprint sensor, will retail for INR 8,999. Both models will be initially available exclusively on Mi.com and Flipkart, starting with Redmi 3S Prime on 9 August.

Xiaomi has sold 110 million Redmi phones across the world in three years, equivalent to 1.2 units sold every second. With its Redmi series, Xiaomi has disrupted the smartphone industry in India and redefined the sub-10K category with high-quality devices that simply blow the competition out of the water.

Earlier this year, Redmi Note 3 was the first ever smartphone in India to be equipped with the powerful Qualcomm Snapdragon 650 processor. Redmi 3S continues to raise the bar by being the first ever smartphone in India that is powered by the octa-core Qualcomm® Snapdragon™ 430 processor. Along with the Adreno 505 GPU, Redmi 3S is able to run the latest high-performance games very smoothly.

Crafted with a premium metal body, Redmi 3S has a 5-inch HD display. Despite being extremely lightweight at only 144g, Redmi 3S can power through up to two days of regular usage thanks to its large, high-density 4100mAH battery. Even with almost twice the battery capacity of Redmi 2, Redmi 3S has a metal body that is 10% thinner than Redmi 2.