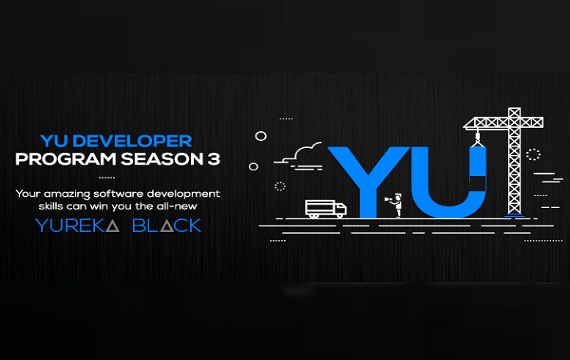 Staying true to its credo of creating a connected ecosystem, YU Mobiles, the 100% subsidiary of Micromax Informatics, announced its YU developer Program Season 3, in a bigger and better avatar. YU has also rolled-out the Android Nougat-7.1.2 Beta Build update for the recently launched YUREKA BLACK.

Aimed at identifying top developers from all over the world, especially India, who work on Android development for Custom Kernels, Custom ROMs, Themes, Apps, Mods, Development Articles, Porting other Operating Systems etc., YU will further support them with a complete set of technical resources and access to pre-release software — providing developers with everything they need to create and innovate for YU devices.
To apply for the program, developers just need to post a reply in the thread with details (including links to profile page/Github/Twitter/etc) of their work/contributions to the development) and how they can contribute to the YU community! Users may also guide YU about their favourite developers and the company would love to include them in our program.

YU is committed to delivering a robust, customizable and seamless OS capability for its users. The teams at YU have endeavored to bring that commitment alive through the latest beta update at the forums and the Android Nougat 7.1.2 update will be rolled out in next one and a half months to YUREKA BLACK users.