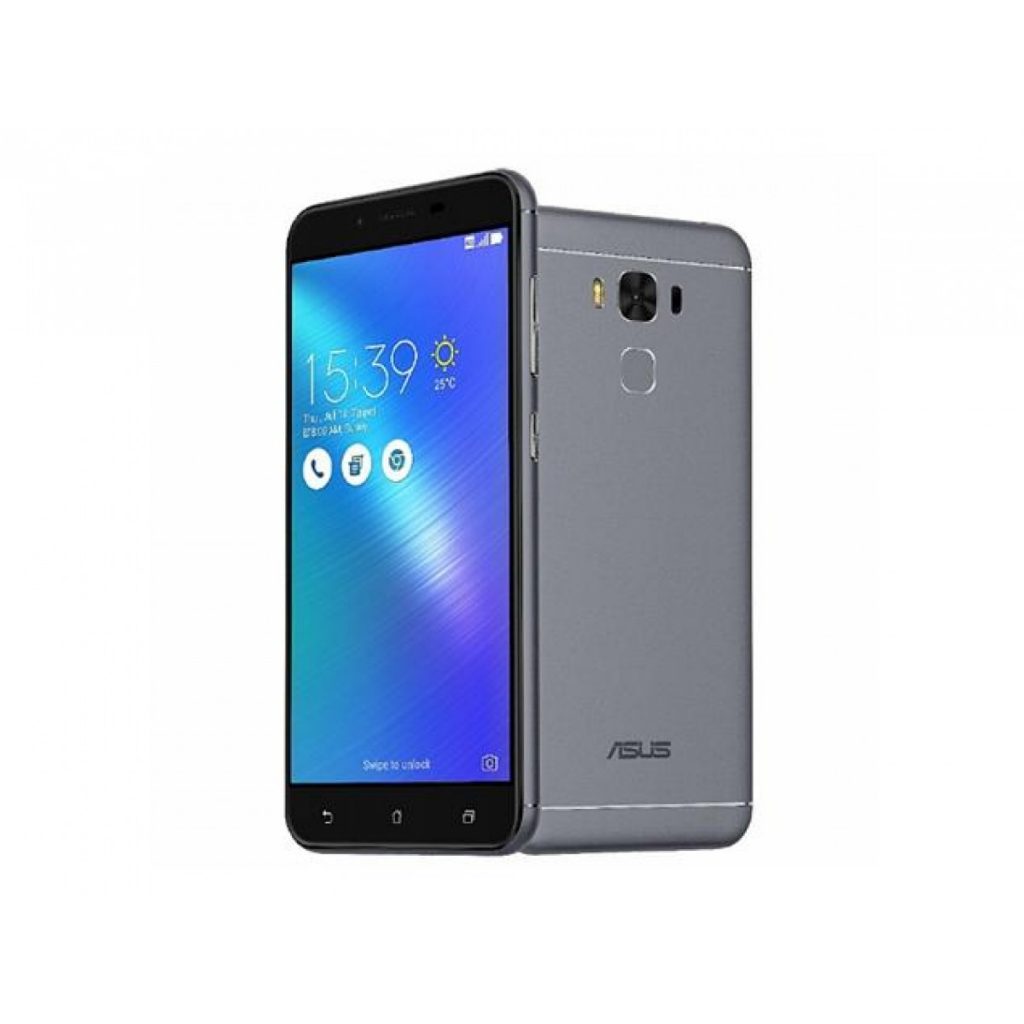 Zenfone 3 Max 5.5 features a 2.5D contoured glass touchscreen in a finely sandblasted full-metal, aluminum-alloy body with brilliant diamond cut chamfered edges. To reduce bulk, the sleek smartphone is surrounded by a 2.25mm bezel that gives it a high 75% screen to body ratio. Zenfone 3 Max (ZC553KL) is equipped with a powerful Qualcomm Snapdragon 430 64-bit octa-core processor. Together with an Adreno 505 graphics processor. Max is loaded with 8MP + 16 MP (front + rear) cameras and a high capacity 4100mAh lithium-polymer battery.  The ASUS ZenFone 3 runs Android 6.0.1 Marshmallow out of the box with the new version of the company’s proprietary ZenUI 3.0 on top of it.

The best part of Zenfone 3 Max is that it has an extremely long-lasting, high capacity 4100mAh lithium-polymer battery, giving users the freedom to use it for extended lengths without the need to charge it – with  around 38 days of standby time on 4G, 17 hours of talk time on 3G, 72 hours of music playback, 18 hours of video playback and 19 hours of Wi-Fi Web browsing. The design is one of the first things that will catch your attention. It’s not as effective as the other higher-end ZenFone 3 styles, yet gusts of wind up looking really outstanding. ASUS’ iconic PixelMaster camera is equipped with powerful camera modes to ensure that every moment is captured perfectly. The camera picks up colors accurately and does well in broad daylight conditions. There are tons of modes in the camera setting including a manual mode which lets you take complete control.The industry-leading Backlight (Super HDR) mode lets users see clearly through daytime shadow, Super Resolution captures multiple shots simultaneously for a single photograph with stunning 64MP detail and Low Light mode takes clear and bright photos, even in poor lighting. In terms of video recording, it is capable of 1080p and 720p video at 30fps with no Slo-Mo capabilities. There is Electronic Video stabilization available but only at 720p resolution. The ZenUI on th other hand has some preety cool features like ZenMotion which allows configuring a variety of touch and motion gestures like double tap to wake or flipping the phone when you get an incoming call to enable silent mode. The smartphone has a fingerprint sensor that is conveniently positioned near the top of the rear panel, allowing the user’s index finger to rest naturally upon it. Through this, the user can rapidly lock or unlock the phone, or utilize it for app authentication. The sensor functionality is integrated with the camera as well, allowing you to double tap to open the PixelMaster Camera app, and a single tap to capture the photo. It registers up to five separate fingerprints, and accurately detects fingerprints regardless of the orientation of the finger on the sensor in as swiftly as 0.3 seconds.The smartphone delivers decent performance to support even the most graphically demanding games without any lag and heating issues. The smartphone weighs only 175 grams and is up to 8.5mm thick at the sides, making it one of the lightest and most compact smartphones with a battery that is more than 4000 mAh in capacity.

The Zenfone 3 Max is a good-looking  performer, which handles every task with an ease.