Mobile World Congress (MWC) where you expect to see top-notch new smartphones are unveiled and set the tone for the year. And this year it witnessed rebirth of two major brands Nokia and BlackBerry and makes a stylish re-entry. Also we have witnessed that dual-camera lens phones set to become the rage in flagship phones, and Windows hybrids taking centre stage. From flagships phones of LG and Huawei to midrange models likes of Motorola we chose the ten products that stood above all the others on display at Mobile World Congress 2017.

Start of the show this year is certainly the Nokia 3310.HMD Global, which has the brand rights for Nokia, is reintroducing the brand with Android-powered smartphones. But the bigger piece of news is the return of the Nokia 3310 – the humble feature phone with monochrome display, no camera, the famous Snake game, and long-lasting battery launched way back in 2000. While it will continue to boast basic specifications, a few additions have been made – a 2.4-inch QVGA display, a 2-MP camera with LED flash, 2,100-mAh battery, and support for a microSD card slot. The revamped version will be available in different colours. It runs on Nokia Symbian 30+ and has apps such as FM Radio, MP 3 Player, Opera Mini for browsing, and, of course, the Snake game. It may seem too rudimentary for today’s smartphone age, but let’s not forget that there is still a large market for feature phones. And we feel that 3310 will be a huge hit as most people will buy it for sure due to that emotional connection.

The new flagship from Sony is easy to recognize the company’s corporate style.The device certainly not be confused with the products of other manufacturers. Surfaces XZ Premium comes with glass Corning Gorilla Glass protection 5. Available color options “Shining chrome” and “Deep Black”. The company’s Xperia XZ Premium phone boasts an upgraded camera as one of its marquee features, with a 19-megapixel shooter that includes Sony’s Motion Eye camera system. Tapping into Sony’s triple image sensing technology, the Motion Eye system captures image and data five times faster than other smartphones, the company says. That means you can shoot videos at 960 frames per second, leading to some stunning super-slow-motion images, from a model plane fluttering through the air to drops of water exploding like fireworks. Sony has put a powerful tool in our hands, and we can’t wait to see what we can do with this high-end camera phone once it arrives in late spring.

Huawei continues to launch great line of devices with Huawei P10 and P10 Plus. Both the devices are the evolution of the P9. P10 series still uses a Leica dual rear camera, including a 20 million pixel black and white camera, and a 12 million pixel RGB color camera, the other P10 also supports 3D human detection technology, with excellent depth of field and large aperture effect, and then Focusing on the nature of the natural and ultimately. Although the P10 and P10 Plus are 1200 + 20 megapixel Leica second-generation dual-shot, but the two color lens is not the same, which P10 for the SUMMARIT-H, with f / 2.2 aperture, and P10 Plus color lens for SUMMILUX -H, with f / 1.7 large aperture, and support optical image stabilization, double optical zoom. In addition P10 Plus is equipped with a 800 million pixel f / 1.9 camera, and supports auto focus, the function of very few manufacturers introduced for the front lens. The core configuration, Huawei P10 series of two new machines are equipped with unicorn 960 processor, P10 built-in 3200mAh battery, Plus version of 3750mAh, both pre-installed EMUI5.1.

Huawei’s Watch 2 has two great styles to choose from. The Watch 2 can also constantly monitor your heart rate for all-day wellness tracking, calculate your VO2 max to evaluate your fitness level and even tell you how to train to conquer your next 10K or marathon. And for when its battery inevitably runs low, the Watch 2 even has a special energy-saving mode that will continue to track your steps and display the time.

13 and 15-inch variants of the Lenovo Yoga 720 were announced .Yoga 720 is just as thin as Lenovo’s flagship Yoga 910, while still offering beefy specs that include up to a Core i7 CPU, 16GB of RAM and a 1TB solid-state drive. However, the $1,100 15-inch Yoga 720 might be even better, thanks to its optional Nvidia GeForce GTX 1050 GPU. That option makes the Yoga 720 one of the few 2-in-1s that will be able to play AAA games at decent settings and still get solid frame rates. Both models have precision touchpads and options for fingerprint sensors that support Windows Hello and styluses that work just like Surface Pens. The 15-inch Yoga 720 also comes with two JBL speakers, an optional fingerprint reader and will also be running the Windows 10 Home operating system. Two USB 3.0 ports, one USB 3.1 as well as the USB Type-C Thunderbolt are also included in this laptop.

Though the LG G 5 was not that bad device, but did’t get much of an attraction or demand from consumers. LG says it listened to its customers when drawing up plans for its new flagship phone and this time the LG G6 features an expansive 5.7-inch screen, but LG managed to pack it into the body of a 5.2-inch phone. The result is an elongated big-screen phone that’s easy to hold and operate in one hand. LG’s design decision also means the display has an 18:9 aspect ratio — ideal for watching videos,  best news is you it supports Dolby Vision HDR for more vibrant content. Even the compromises LG had to make, like getting rid of the removable battery, were made in the name of adding welcome features such as water resistance. It also takes best features from V20 and G5 and  with LG G6  we can say that the company now returns to form.

This is really a great product that gives you 5 X zoom with very little degredation. Oppo has gone a step further and announced a ‘5X dual camera zoom’ technology with a periscope-style set-up for smartphones. The company says that by shifting the angle of the telephoto lens by 90 degrees, it will have the space it needs for a deep zoom. A periscope-style prism then directs the path of light entering the camera by 90 degrees, and sends the image through the telephoto lens when the user zooms in on a subject or object.

Motorola’s Moto G range of phones has consistently delivered fantastic value for money – they’re decently-specced phones that don’t break the bank. And thankfully, Motorola hasn’t broken with tradition with its latest handsets. The Moto G5 and G5 Plus are smaller than their predecessors, but they improve on them in almost every other way. The G5’s 5in screen, and the G5 Plus’s 5.2in are smaller than the G4 and G4 Plus’s 5.5in panels, but keep the same 1080p resolution, meaning images should look even sharper.
The Moto G5 Plus puts the emphasis on its rear 12-megapixel camera, adopting a dual-autofocus pixel setup that should result in better photos even when the lights are low. Throw in a fingerprint reader, a metal body and a built-in Google Assistant, and you’ve got a phone that packs more of a punch.

BlackBerry is bringing its QWERTY keyboard back with the BlackBerry KeyOne.The most attractive feature is likely to be its physical keyboard, an all but dead feature that only the BlackBerry brand continues to champion. This physical keyboard is similar to the ones found on the BlackBerry PRIV and Passport, which means it can function as more than just a keyboard. You can swipe across it to scroll, assign shortcuts to keys, and the space bar doubles as a fingerprint sensor. The specs of the KEYOne, is not so attractive or flagship like with a 4.5-inch display, Snapdragon 625 processor, and 3GB of RAM. But it may serve the purpose for casual business users.

Samsung brought over some of the best features from its flagship phones to the Tab S3.The glossy glass back of the Galaxy Tab S3 provides a premium look that also feels premium in your hands. When it comes to your viewing experience, the brighter the better. The Galaxy Tab S3’s screen provides bright and colorful images, and with HDR video playback capabilities, you’ll get a true-to-life view that pulls you into the content. The new, redesigned S Pen feels and writes just like your favorite ballpoint, plus it doesn’t need recharging. Measuring 9.4 mm in diameter, it ensures a stable, comfortable grip. And we’ve narrowed the tip to 0.7 mm, for the clearest, most natural handwriting yet. The Galaxy Tab S3’s quad-speaker system has sound coming from each corner, automatically following the direction mode of the screen. So you’ll hear every note whether you hold it horizontal or vertical. Samsung carried over the gorgeous metal-and-glass-backed design language from the Galaxy S7 smartphone, making it clear that the Tab S3 is in its own class of tablets. 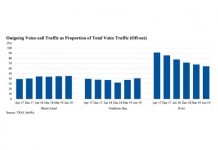 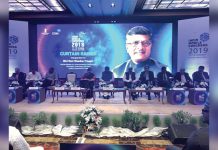 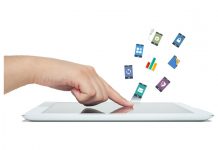