In 2005 Mxit ChatApp was first launched in South Africa which caters to feature phone users. This year in January they have launched this App in India. In India they are offering this ChatApp in 11 Indian languages and available for both smartphone and feature phone users.
Mobility India spoke to Sam Rufus, CEO Mxit and Apprentice Asia Semi-Finalist to give more insight about Mxit.

Q  Tell us more about Mxit? Why it’s different from other?
A   Mxit (pronounced as ‘Mix it’) is South Africa’s leading social network application with over 10 million active users. The app was launched in the year 2005 and works on over 8,000 different handsets and mobile devices, including tablets. Mxit was officially launched in India in January’14 and boasts about being the only chat app to provide a great chat experience for feature phone users.

Mxit embraces the capabilities of every platform to offer an immersive chat experience that feels native to each one. By acting as a gateway to functions not otherwise available on other messenger applications, Mxit affordably bridges the gap between feature and smart phones.

In India, Mxit’s Headquarters is based in Hyderabad, Andhra Pradesh.

Q   How Gary Kirsten is linked with Mxit?
A   Mxit India’s Brand Ambassador is Indian World Cup Winning Coach and Delhi Daredevils Coach, Gary Kirsten. As a South African who considers India his second home, Gary is excited to be associated with bringing Mxit to India. Gary has a particular interest in Mxit’s community projects, and is active in passing on his leadership, coaching and cricket knowledge onto younger generations through the Gary Kirsten app for Mxit.

Q   Key features of your App that makes its different from other Apps?
A   Mxit is for feature/Normal phone users and it works on any phone that has access to 2G networks. It’s a Free Chat App for ‘Aam’ people. Mxit is the only chat app which is available on more than eleven languages and works on more than 8,000 different handsets and mobile devices, including tablets.
As of now people can chat in English and Hindi, but by the end of June 2014, we will be launching Mxit in 10 more Indian languages.

Q   How many users in India and global?
A   Worldwide Mxit has more than 10 million users and in India, we have had an amazing response in the two months of our presence in India.

Q  Any promotional plans for the future?
A  Yes, We have announced quite a few contests on various social networking platforms. For now, we are running an IPL contest where two lucky winners will win an all expenses paid trip to the IPL FINALS 2014. Apart from that we will continue to have various competitions for the benefit of the users. 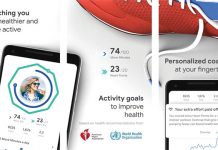 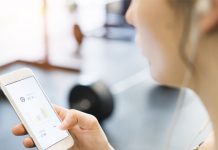 5 MUST HAVE APPS FOR WOMEN 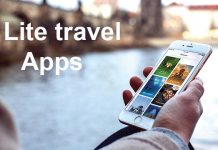