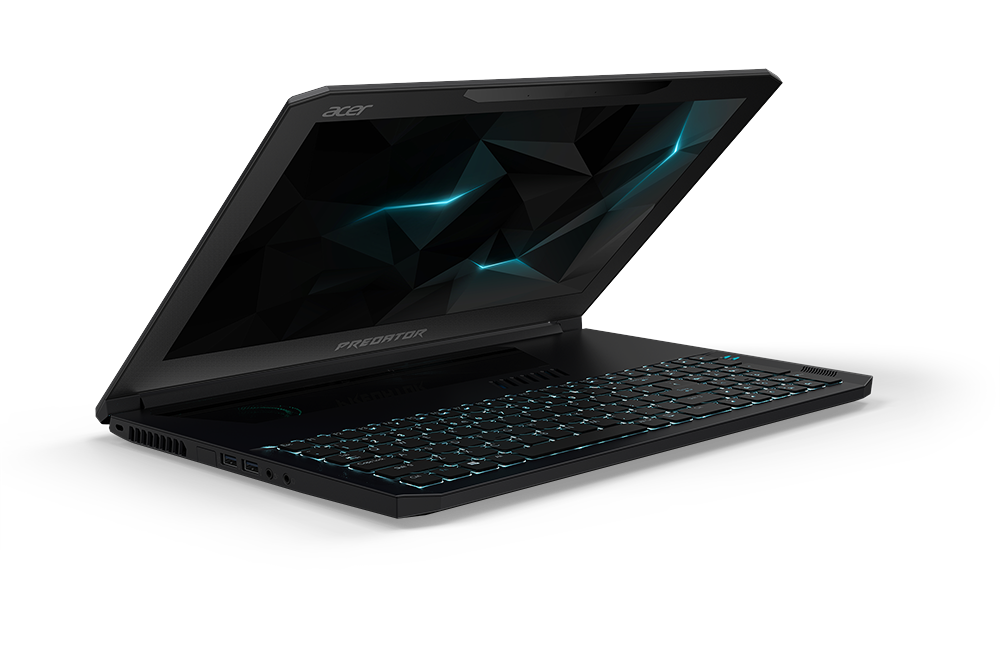 The Predator Triton 700 houses the high-performance NVIDIA GeForce GTX 1080 (overclockable) GPU and 7th Generation Intel Core i7 processors in a svelte 18.9 mm-thin (0.74 inch) aluminum chassis, thanks to Acer’s industry-leading AeroBlade 3D metal fans that increase airflow by 35 percent yet take up less space within the device. Two NVMe PCIe SSDs in RAID 0 configuration and up to 32 GB of DDR4 2400 MHz memory helps the system run at peak performance.

The Predator Triton 700 utilizes Max-Q, NVIDIA’s innovative approach to designing the world’s thinnest, fastest, and quietest gaming laptops. Max-Q approach, an integral part of NASA’s mission to launch man into space, is defined as the point at which the aerodynamic stress on a rocket in atmospheric flight is maximized. Thus, the design of the rocket is precision-engineered around Max-Q. NVIDIA has applied a similar philosophy to designing gaming laptops, enabling Acer to build laptops that are thinner with more GPU performance of previous generation products.

Rounding out the notebook’s powerful features are Killer DoubleShot Pro networking and Thunderbolt 3 connectivity, which provides speeds up to 40 Gbps and supports dual 4K video output. The Predator Triton 700 also includes two USB 3.0 ports (featuring power-off USB charging), one USB 2.0 port, an HDMI 2.0 port, one DisplayPort connector and a Gigabit Ethernet port for those preferring a hard-wired connection. Networking is powered by Killer DoubleShot Pro technology, which picks the fastest network connection (Ethernet or Wireless) and sends all high priority traffic over that interface, while standard traffic is sent over the other.

A large Corning Gorilla Glass plate above the keyboard serves as a window into the notebook’s cooling system, showcasing the AeroBlade 3D Fan and five heat pipes, and also functions as a Precision Touchpad.

The precision gaming feel is completed with a mechanical keyboard, which delivers a satisfying typing experience and fast, accurate response times. The keys are RGB backlit and can be individually programmed.

The Predator Triton 700 gaming notebook will be available in India through Acer Exclusive Stores and authorized online stores at a price of INR2,99,999/-