BSNL wants the government to allot it spectrum worth Rs 61,000 crore 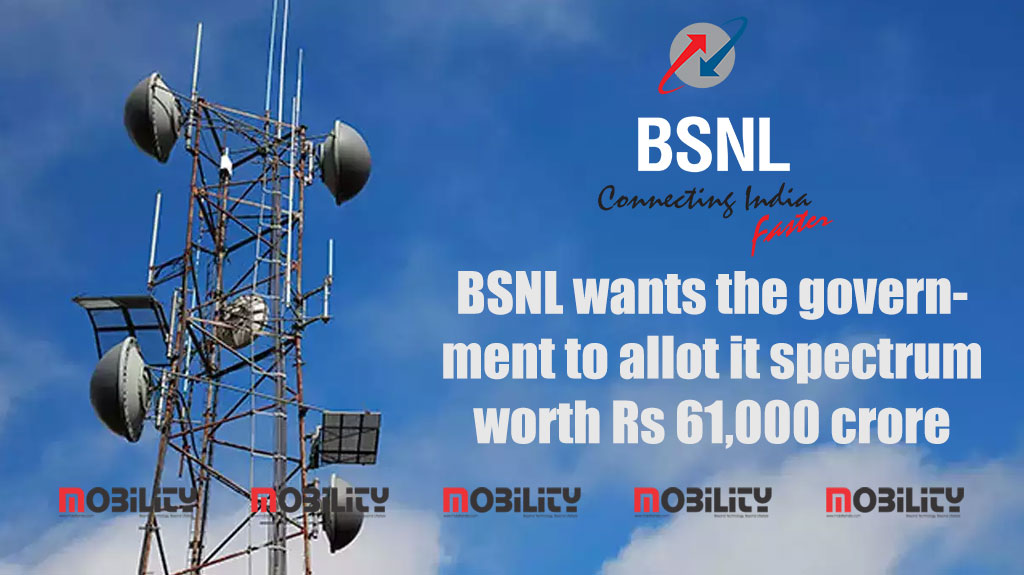 Bharat Sanchar Nigam Limited (BSNL) wants the government to allot it spectrum worth Rs 61,000 crore in several frequency bands. The state-run telco is seeking airwaves in the 700 MHz band and mid-band for both 4G and 5G. BSNL is yet to launch 4G or 5G in the country.

Much recently, BSNL CMD PK Purwar wrote a letter to the government asking to reserve 70 MHz of airwaves in the mid-band (3300-3670 MHz) for BSNL. The state-run telco had also sought 10 MHz of spectrum in the 700 MHz band because there’s no existing device ecosystem for the airwaves in the 600 MHz band.

Looking at the base price recommended by the TRAI, the spectrum sought by BSNL will come at the cost of Rs 39,000 crore. Further, the airwaves in the mid-band would cost the state-run telco around Rs 22,190 crore.

the airwaves in the 700 MHz frequency band are considered premium because they can offer a very wide range for connectivity and would require a much smaller number of towers. But for 5G, delivering speeds would be important; thus, the mid-band frequencies are important.

Even if the government decides to allocate 70 MHz of airwaves to BSNL in the mid-band, each private telco will still be able to get at least 100 MHz of frequencies in the 3300-3670 MHz band, which is sufficient for them.

BSNL will be able to access the reserved spectrum once it wants to start providing 4G and 5G services.